Review of Brilliant Album by ULTRAVOX

First, let's deal with the elephant in the room here: you don't call your first album for 18 years Brilliant unless you're prepared to encounter some cynicism, especially since barely two years before its release your lead singer swore blind the band would never record any new material again. Ever. 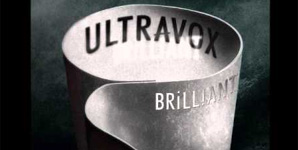 As well as being clearly in possession of four broad pairs of shoulders, Ultravox are also famously the answer to one of pop's most unwanted Did You Know? Questions, namely "Which band's single entitled "Vienna" was kept off number one for 4 weeks in January 1981 by Joe Dolce's "Shaddapa Ya Face"? Less amusing, and more ironic, is that both the single and the album which spawned it were landmarks in British synth pop, the building blocks of everyone's roster from the way-back- whens (OMD, Pet Shop Boys) to the here-and-nows (La Roux, White lies).

Million selling, it also marked their creative apex, before a lengthy spiral into obscurity mirrored by many of their peers and a final, unremembered bow on 1994's Ingenuity. The band are of course now "Back" on the seemingly unquenchable nostalgia circuit, together with a marquee tour to accompany their return to recording, even toting the original Vienna-era line up.

The problem is that, almost predictably, Brilliant isn't. Musically it's locked very much in their early to mid 80's ennui, with chiming piano, occasional swatches of understated guitar and the resurrected electric viola of Chris Cross. These "New" songs could easily rank as potential B-Sides of their bolder hit material - Reap The Wild Wind, Dancing With Tears In My Eyes, One Small Day - but it bears remembering that these are once embryonic sounds which have been pilfered and pastiched to death by admirers in the last 30 years, and that in a sense although they did, ULTRAVOX's music never really went away.

There are one or two moments - opener Live and the title track are suitably square of jaw and steer on the right side of the thin line between pretence and naivety - whilst Rise explores their much touted influence on early Detroit techno, and Change neatly recalls the melancholy of Kraftwerk's uber-classic The Model.

The problem here is straightforward enough to understand; Vienna is rightly cherished as a classic because above all it had great songs, not just an air of period wistfulness and melodrama. Nothing here is remotely up to the standard of All Stood Still, Sleepwalk or Mr.X, even allowing for three decades of over familiarity. Perhaps this is missing the point, but similarly veteran, The Cult have taken their traditional aesthetic and created one of the year's finest rock albums in Weapon of Choice, at the same time delivering proof positive than you can be old and still remain interesting. The second album of any post reunion is always the most demanding to make and also definitive for the artists; for Ultravox it will reveal whether they really have the ambition to match another bold title. 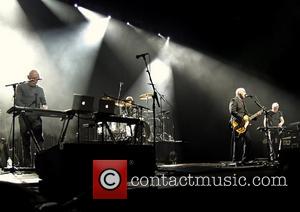 Ultravox - Dancing With Tears In My Eyes Video