Uma Thurman admits she was sexually naive when she appeared alongside John Malkovich in 'Dangerous Liaisons' as was unhappy to be treated like a sex object. 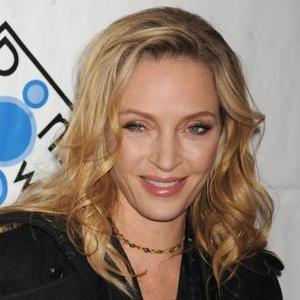 Uma Thurman believes she was sexually naive when she appeared in 'Dangerous Liaisons'.

The Hollywood beauty was just 18 when she appeared in the 1988 drama film alongside John Malkovich - who seduced her in the plot - and she admits she hated shooting the love scenes because she felt she was treated like a sex object.

She said: ''I could not stand being the inflatable sex doll everyone wanted me to be. I was naive, sexually, when I made that film and it felt paralyzing to be thrust in to this overtly sexual image which had nothing to do with who I was.''

The now 42-year-old actress wishes she'd enjoyed herself more when she was younger and not been as cautious with her decisions as she was.

Uma - who has three children, Maya, 14, and son Levon, 10, from her marriage to ex-husband Ethan Hawke, and a one-month-old daughter with her current partner ARPAD BUSSON - believes she was reluctant to be more wild because she was thrust into the limelight from such an early age.

She told The Sun newspaper: ''I wish I hadn't listened too closely to the voices of caution. I would be told, in my teens, 'Enjoy yourself, because you might not be an adult woman actor.' When I was in my early 20s, it was, 'Enjoy this, because by your late 20s it might not work.' So in the end, there may not be time to enjoy the Journey.

''Once you get a job you will feel different about yourself and establish your own identity. It took me until about 35 to walk without being self-conscious.''