Review of Barbara Barbara, We Face A Shining Future Album by Underworld

Twenty years ago Underworld's fourth album Second Toughest In The Infants was a revelation during my formative teenage years. Nothing had sounded like Underworld before or since that landmark record. However after a six-year hiatus Karl Hyde and Rick Smith seem to have finally bottled the same magic for a second time. Barbara Barbara, We Face A Shining Future, is of course a very different record though. This time it's from the perspective of two men who are well into their fifties, but is pushes the same buttons as Second Toughest to create something quite beautiful. Barbara Barbara pivots around the shortest and only instrumental track to be found on the album. The classical guitar plucking on 'Santiago Cuatro' bridges the two very distinct halves of the record. It's like standing back and watching the sunrise as the darkness we've come to expect from Karl Hyde's manic street poetry fades to reveal something hopeful and life affirming. The overall narrative of these seven songs pays perfect tribute to the album title itself, which was a message of hope from Smith's dying father to his wife. It's an album that has been sequenced in a very particular way to deliver that shining future in its very final minutes. I can only imagine that the shuffle tendency of digital music will only be detrimental to the overall mood that the record creates.

Opening track 'I Exhale' throws you into the deep end instantly, the industrial beats and bass heavy production brings to mind a hectic night out. There's a feeling that the song has already been playing somewhere else for hours before the opening seconds, it's like you're eavesdropping on a party that's already well underway when you press play. Hyde's stream of consciousness lyrics create a hypnotic tapestry of images, his strength as a lyricist isn't telling a cohesive story, rather translating some of the synesthesia he famously suffers from into a rapid-fire series of words and associations. These first three songs are the Underworld we're mostly familiar with: dark, industrial, and wonderfully atmospheric. Hyde sums it up perfectly on 'I Exhale' with the simple phrase "corrugated rhythms". The first twenty-two minutes of Barbara Barbara are like a greatest hits set cramming in everything about Underworld that sounds familiar. Ultimately though that's not the highlight of the album.

That honour goes to the final track 'Nylon Strung, a cathartic duet with the repeated mantra "Open me up, I want to hold you laughing". It's got all of the hypnotic hallmarks of classic Underworld, but feels like the most joyous piece of music that Hyde and Smith have ever produced. The second half of the album is a distinct shift with a softer edge to the beats and a less scattergun approach to the images that Hyde throws at you. This is the more mature incarnation of Underworld emerging fully formed. These three songs are immersive and uplifting without losing what made the first half of the album great.

From the album title itself to Hyde's lyrics there's something intensely personal and intimate to Barbara Barbara, Hyde even includes sly nods to the album cover design collective Tomato among others. Perhaps that's what makes Barbara Barbara such a resounding success, perhaps it's just that Smith has created some of his best work in years, or maybe it's just that this is the album many wanted Underworld to make. It will sit proudly alongside Second Toughest In The Infants on my shelf and that's something I didn't think I'd ever say about Underworld again. 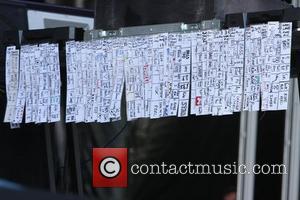 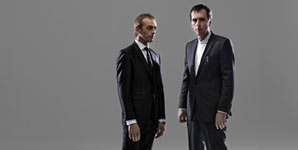 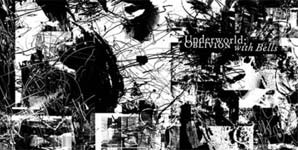