The Luminaire in Kilburn is decked out with painted signs reading 'shut up, no one paid to listen to you talk to your pals.' It's an interesting slant on crowd control especially when joined by the plasmas advertising upcoming gigs and t-shirts for sale. From the sofa along the wall, watching the plasma is akin to a very large front room with surround sound. From the floor, the feeling is a very intimate venue with questionable acoustics. Signed to 'Big Scary Monsters', Danish Mimas are on second, a little after 9pm, announcing the gig to be the last of their tour. They're immediately engaging, with the first lyric of their set go growing a moustache in your apartment / to get rid of the smell'. The strings are minimal, as the vocals bounce back and forth with shouts of 'hey', before lead singer SnÃ¦var NjÃ¡ll Albertsson continues 'facial hair definitely gives me more confidence.' It's impossible not to smile. They continue with a track called 'Sodapop Stalkers'; 'it's about girls' Albertsson smirks. His tongue remains firmly in his cheek as he jokes about his mic stand before taking it out to play the trumpet for the next two numbers. It's good fun in the same way that Legoland is.

Headliners Union Sound Set begin an hour later with Mimas on stage for 'My Current State'. An impressive opening, with 8 musicians jamming together, and no less than 3 drummers playing in unison. The Danes depart mid-way through the opener and we're treated to a 10-track set of breathless vocals and expansive soaring chorus' paired with spine-chilling breakdowns. A reshuffle of personnel from former entity 'Prego' seems to have done the job, as new single 'Hiding Places' shimmers in the middle of their set like Christmas lights on a freezing Autumn/Winter evening. 'Answers' is saved for an encore and 150-or so punters go home happy with their evening's entertainment.

Opener's Ex Libras are a joy. Having bonded over alternative music in Hounslow Library, they have developed a sound that which seems to constantly evolve and reinvent itself throughout the set. To say it is experimental is as much of an understatement as to say The Apprentice is a collection of dickheads. Combining guitar, drums and keyboard they build atmospheric landscapes before tearing them to pieces. 'Radar' and 'Underachiever' are the highlights in a little over half an hour's worth of spellbinding 'noise.' Even a forced re-start of the former didn't stop the flow too much as a crescendo of waa waa effects set up their set clincher.

They were even more satisfying than the post-show trip to Chicken Cottage. 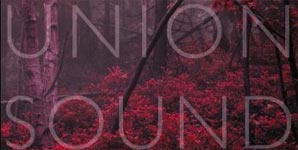