Woodkid’s ‘I Love You’ is a sombre affair, with a deeply melancholic video to match, starting with a in inured child laying on the ground and ending with a broken hearted man turning to stone. Woodkid, aka Yoann Lemoine is a French musician, with a handy sideline in video production (he created the video for Lana Del Rey’s ‘Born To Die.’), which would explain the quality of this heart-breaking black and white video.

Now for something a little chirpier, with this poppy number from Shout Out Louds, going by the name of ‘Illusion.’ The Swedish band are back with album number four later this month, entitled Optica. The album is cunningly advertised in the video, with the band’s name and album title projected onto the silhouette of a naked lady.

“Inevitably with such a diverse palette the cohesion of "Loveless" is forsaken, but mbv is all the better for it. It is not necessarily a stronger record than "Loveless", but it is certainly better than what "Loveless Mk II" would have been.”

Regions of Light and Sound of God is the debut solo album from Jim James of My Morning Jacket. Musically, it may be a departure from his work in My Morning Jacket, but James’ voice is the recognisable feature, here. Taking in musical directions like hip-hop, which are unlikely to get an inroad to a MMJ album, Regions of Light and Sound of God plays out like a collage of James’ influences, as though he’s been allowed to play outside the band for the first time and wants to show off the music that he loves.

“While not quite an essential listen, James has created something far more than a fan curio. It's an intensely personal record that has his fingerprints throughout, sounding like a musical equivalent of his well-thumbed copy of God's Man.”

Local Natives return with their second, highly acclaimed album. Hummingbird. It may only be February but our reviewer, Jim Pursey already has Hummingbird pegged as one of his albums of the year, such is his confidence in the band’s latest longplayer.

“They've reached a level of sophisticated and intelligent indie rock within two records that more established acts struggle to achieve. Hummingbird is a record that you'll be more than happy to return to, and its few faults are more reassuring than anything else. They reveal a band that's still perfecting their sound, but one that's confident enough to reveal those flaws as they do so.”

“highlights include up-tempo single 'My Heart Beats', an energetic love song with a shower-singing chorus delivered with the nonchalant attitude of a dad-hating, middle-class kid. And the sulking continues on 'Buried Alive' which is arguably the best song on the record, with its head-bopping rhythm and soothing, repetitive melody.”

Music in the News...Mumford And Sons take home the Grammy for Album of the Year, with their record ‘Babel.’ They were something of a surprise win, beating the likes of Jack White, The Black Keys and Frank Ocean to the coveted prize. Sadly, Marcus Mumford’s acceptance speech was so heavily addled with expletives that it was hard for TV audiences to tell how he felt about the good news, as most of his speech was bleeped out.

Talking of The Grammys, the dress code that was sent out to attendees caused something of a stir, with very specific rules about which body parts could and couldn’t be on show. There was much speculation over who the Grammys were actually worried about and, unsurprisingly, Katy Perry appeared not to have got the memo.

Kraftwerk’s series of shows at the Tate Modern began last week. Each night, the band performed an entire album from their back catalogue, complete with 3D visuals (punters were provided with special 3D glasses), though not, of course, complete with all the original members of Kraftwerk. The first night proved to be a success, despite many fans being unable to get tickets for the hugely popular show. 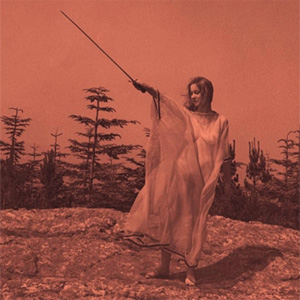