As The Voice Enters It's Final Stage, Is There A Clear Winner In Sight? 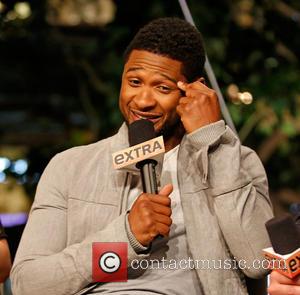 Picture: Usher - The US coaches of the Voice at The Grove to appear on entertainment news show 'Extra' - Los Angeles, California, United States -...

The Voice has nearly finished with it's successful fourth season, with the final three now battling it out for the coveted crown being given out by NBC, but decided on by the American public. Monday (June 17) night's show featured more than just performances from the contestants as the season looks to make it's cinematic end, but regardless of the treats on offer the real attention was of course of the final three.

Show judge Usher has already dubbed Michelle Chamuel 'the winner' of this season of the hit singing competition, but Usher's word does not guarantee success and for Chamuel, the race is still on for the prize. Fellow judge Blake Shelton is one person who doesn't rate Chamuel and he is still backing Zach and Colton Swon to take the crown and after their triumphant rendition of 'Danny's Song' before the judge made the duo into a three-piece for a version of Brad Paisley's 'Celebrity.' Even if you don't like country it was hard not to admit that the shaw was something special.

Blake's other entry into the final three, Danielle Bradbery, proved her worth to the panel too, with Adam Levine and Shakira both singling her out as the most impressive performer of the night. "I think Danielle's the winner of this thing," Levine told her after the rendition of Maybe it was Pam Tillis' 'Memphis.' They weren't the only ones who thought highly of Bradbery's performances either and by the end of the night her coach Shelton told the hopeful, "I'm one of the millions of people out there that you have wrapped around your finger. I just thank God that you came to The Voice to debut yourself."

Were so close to the end but the race is literally anyones right now and the competition looks as though it will go right down to the wire. The results for this season will be revealed on Tuesday (June 18) at 9 ET/PT during a special guest-filled second half of The Voice finale on NBC. The judging panel this season have really hit it off