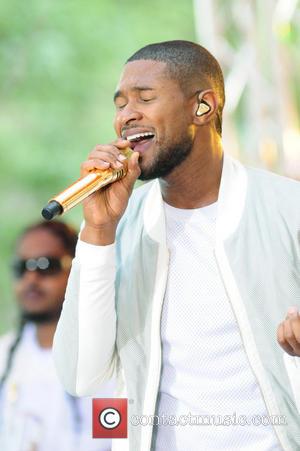 R&B superstar Usher has removed his forthcoming album from the 2014 release schedule in a bid to spend more time perfecting the project.

The Yeah hitmaker had been expected to unveil Ur, his eighth studio disc, by the year's end to accompany his upcoming tour, The Ur Experience, but he has since decided to delay its release.

He tells Billboard.com, "The album isn't scheduled anymore. I've basically taken it back. I'm taking my time with it. At the end of the day, all of this is just about having fun. You get in the studio (and) go with how you feel."

Usher has already recorded tracks with guests including Nicki Minaj, Pharrell Williams, Ed Sheeran, Skrillex, Diplo and Drake, but there's one additional artist he has also been spending time with in the studio - Chris Brown.

He reveals, "There is another record that we worked on for the album. The relationship is great... we've been able to build."

A new release date for Ur has yet to be set, but The Ur Experience tour, with R&B newcomer August Alsina, is still set to kick off in Montreal, Canada on 1 November (14).