Usher will launch his latest album by streaming a concert live from London on June 11 on his YouTube Vevo channel as part the 'American Express Unstaged' music series. 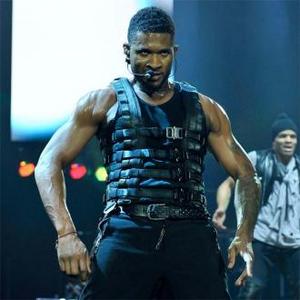 Usher will launch his latest album by streaming a concert live from London.

The Grammy award winning artist will perform songs from his seventh album 'Looking 4 Myself' at the Hammersmith Apollo on June 11, which will be directed by Hamish Hamilton and shown live around the world on his YouTube Vevo channel as part 'American Express Unstaged'.

This will be the ninth instalment within the music series and its first performance in the UK.

Usher said: ''I am excited to introduce my new album 'Looking 4 Myself' with a worldwide performance in such an innovative way. It's very exciting to interact with my fans from a global stage through 'American Express Unstaged's live stream. Be there on June 11.''

Last October, Coldplay kicked off their European tour by streaming a concert live from the Plaza de Toros de Las Ventas in Madrid, directed by Anton Corbijn and watched by millions around the world.

The Dutch film director unleashed a host of artistic extras on the crowd throughout the show including a shower of paper butterflies during 'Hurts Like Heaven', confetti during 'In My Place' and balloons unleashed while the band played 'Lost'.

Tickets for Usher's concert are now available for Amex cardmembers at www.ticketmaster.co.uk/amex and it will also be livestreamed at 9pm (GMT) on Monday, June 11 at www.youtube.com/UsherVEVO.