“We have pulled together a line-up of huge depth with a variety of artists across many musical genres and 2014 is set to be another fantastic year in V Festival's 19 year history." Alongside those two A-lister headliners, V has a stellar line up, including: Lily Allen, Blondie, Chic featuring Nile Rodgers, Elbow, Bastille, Rudimental, Chase & Status, Kaiser Chiefs, Manic Street Preachers, Katy B, Miles Kane, The Wailers and The Stranglers.

Listen to the Calvin Harris remix of The Killers' 'When You Were Young':

The First V Festival kicked off in 1996, with Pulp, Paul Weller and Supergrass leading an impressive bill. Since then, the festival has championed indie, rock and pop with a consistently competitive line up, despite increased competition in the marketplace with Glastonbury and Bestival proving immensely popular over the last decade. Tickets for V 2014 go on sale Friday March 7 at 9.00am from www.VFestival.com. 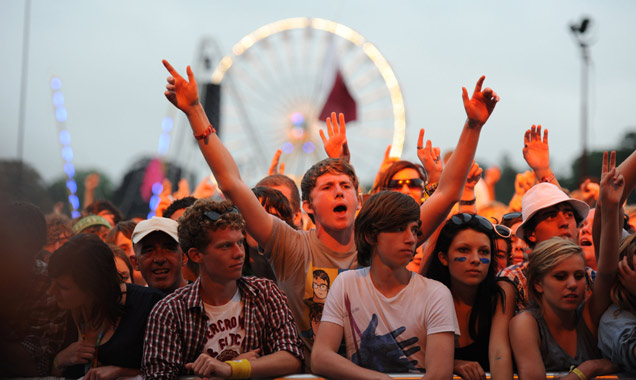