The actor has fought a two-year battle with throat cancer.

Val Kilmer has opened up about his two-year battle with throat cancer in an interview with The Hollywood Reporter.

The actor, 57, was interviewed alongside his two children, Mercedes, 26, and Jack, 22, and discussed how his diagnosed changed his perspective on life. Speaking about his movie career before his diagnosis, Kilmer said: "I was too serious. I’d get upset when things like Oscars and recognition failed to come my way."

When asked if an Oscar something he always wanted, Kilmer admitted: "I would like to have more Oscars than anybody. Meryl Streep must feel pretty good, you know? It must feel nice to know that everyone loves her. It's about being loved."

Kilmer’s children also spoke about their dad’s illness, revealing that shortly after his diagnosis Mercedes was in a car accident. "We were in the same hospital at the same time," she said. Son Jack added, "I was just, you know, miserable, distraught, sitting next to these two.”

According to The Hollywood Reporter, Kilmer has had a procedure on his trachea which has reduced his voice to a rasp and left him short of breath. He has also undergone chemotherapy over the past two years.

Kilmer initially denied reports he was battling cancer after Michael Douglas, an oral cancer survivor himself, had told fans he was “dealing with exactly what I had.”

But when asked about Douglas’ comments during a Reddit AMA in April, Kilmer said: “He was probably trying to help me cause press probably asked where I was these days, and I did have a healing of cancer, but my tongue is still swollen altho healing all the time.

“Because I don't sound my normal self yet people think I may still be under the weather." 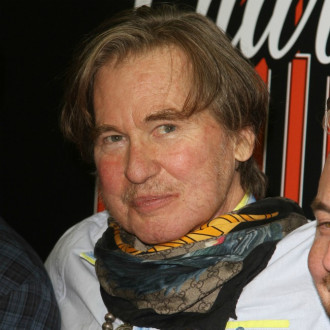 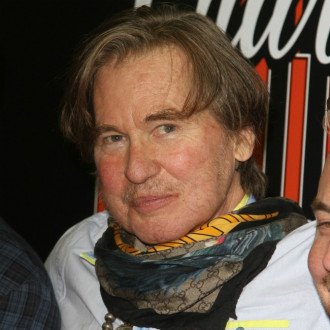