Valerie Harper has been diagnosed with terminal brain cancer. 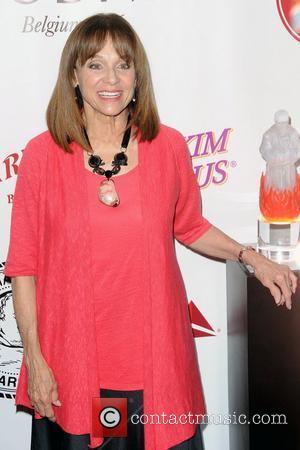 Iconic TV actress Valerie Harper, best known for playing Rhoda on 'The Mary Tyler Moore Show,' has revealed she is suffering from terminal brain cancer and has just three months to live. The 73-year-old actress, who battled lung cancer in 2009, opened up about her diagnosis to People magazine.

Harper received the devastating diagnosis on January 15, 2013, after a battery of tests revealed a leptomeningeal carcinomatosis, a rare condition that occurs when cancer cells spread into the fluid-filled membrane surround the brain. Valerie's doctors told her she has as little as three months to left to live.

The actress, whose brash New Yorker Rhoda became one of the best-loved characters on The Tyler Moore Show - remains defiant, saying, "I don't think of dying. I think of being here now." The New Jersey native began her career as a chorus girl on Broadway, eventually landing in Hollywood and snagging the role of Rhoda. She played the character in her own spin-off show, Rhoda, which aired 109 episodes between 1974 and 1978.

Harper, who ran for President of the Screen Actors Guild in 2001 (beaten by Melissa Gilbert), has appeared in numerous television projects in recent years. She played Claire Bremmer, the aunt of Teri Hatcher's character, on ABC's Desperate Housewives in 2011.