Valerie Harper is almost in remission, and has signed up for Dancing with the Stars. 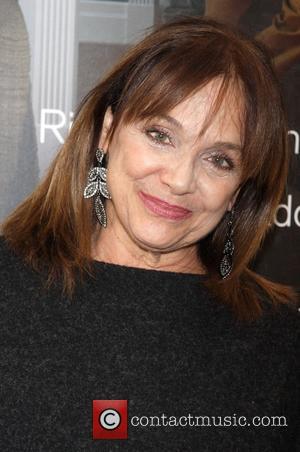 Valerie Harper, the four-time Emmy Award winner who was diagnosed with brain cancer, is getting "pretty close" to remission, her physician said in an excerpt of a documentary that was shown on NBC's Today Show on Thursday, as reported by Reuters.

"I'd say that we're getting pretty close to remission," neuro-oncologist Dr. Jeremy Rudnick said, "It defies the odds."

Harper enjoyed the bulk of her television success playing the starring role of Rhoda Morgenstern on the 1970s sitcoms 'The Mary Tyler Moore Show' and spin-off 'Rhoda.'

In March, her diagnosis of leptomeningeal carcinomatosis - cancer in the membrane of the brain - meant she had around three months to live. However, the actress had received treatment ranging from chemotherapy to acupuncture - which seems to have worked.

"I am afraid of what's ahead," Harper said after her diagnosis, "But, so what? There's much to be afraid of in life."

Harper has continued to work since her diagnosis, notably in an upcoming episode of Hot In Cleveland, in which she co-starred with her former cast mates Mary Tyler Moore, Cloris Leachman and Betty White.

A report on TMZ.com this week suggested Harper has signed up to star in the next season for Dancing with the Stars and has been practising with partner Tristan for two days. Sources say she's "completely self-sufficient" and doesn't need any special assistance.

Leah Remini will also join the cast, as will Snooki, Elizabeth Berkley, Amber Riley from Glee and singer Christina Milian. Valerie Harper Is Almost In Remission