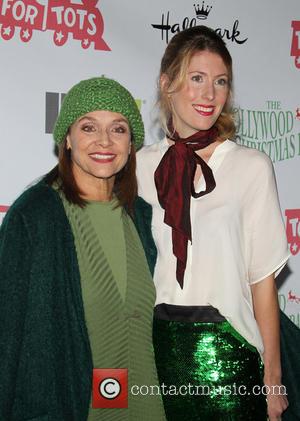 Veteran actress Valerie Harper has declared herself cancer-free, just over a year after doctors warned her she had months to live.

The Mary Tyler Moore Show star, who previously battled lung cancer, revealed in March, 2013 that she had been diagnosed with rare brain condition leptomeningeal carcinomatosis and had only three to six months to live.

She underwent intense chemotherapy treatment and sought acupuncture therapy, and last June (13), she learned her health prognosis had drastically improved.

Now Harper, 74, claims her latest test results have proved she is no longer battling cancer.

"My last scans have been positive, and my doctors are very happy. (The oncologist) looked at the scans and said, 'Oh my God, Valerie, this is very encouraging!'

"I'm now the poster child for not believing everything I'm told. The doctors can only say, 'In my experience, this cancer kills people and it's incurable.'"

However, Harper admits her medics are a little more hesitant to say she's completely in remission: "My doctor doesn't use that term (in remission). He likes to say, 'I give you a treatment, and it's either responsive or non-responsive - and you are having a phenomenal response.'"

Harper is still taking a number of pills to combat the illness, but she only has to check in with her doctor every eight weeks.

She adds, "I take medication once a week, a lot of pills at once, what they call a pulse dose. They can be difficult, but I try to sleep them off - I usually lay in bed very quietly to keep them down.

"There may come a time when I'm not feeling good. But then again, that time may never come!"