Hookworms 'Pearl Mystic' - This is exactly what British guitar music needed in 2013. All seemed lost when it looked like the once prolific British Isles were only shipping out endless Arctic Monkeys, Mumford and Sons or Libertines rip-offs, but then along came 'Pearl Mystic' and those copycat cobwebs were blown away in a whirl of psychedelic madness. It might be relatively dark and certainly one of the loudest albums to make its way on to our end of year list, but it is also one of the most colourful albums of the year too.

Justin Timberlake 'The 20/20 Experience' - JT and Timbaland haven't just made a great pop record with 'The 20/20 Experience', they've created their very own musical odyssey; a journey that travels back to the days of traditional vocal pop and brings it willingly into the twentieth century. From its sweeping orchestral movements to Timbo's trademark beat boxing, nothing is as expected and yet nothing is out of place. Not just the best pop album of the year, but one of the best and most successful pop experiments in a long time.

James Blake 'Overgrown' - The Mercury Music Prize winner for 2013 and with good reason too. Blake's blips and beeps might not be for everyone, but his minimalist approach matched by his maximalist attention to detail has resulted in an album that needs to be listened to and one that deserves to be spoken about as highly as it has been already.

My Bloody Valentine 'mbv' - Yep, it was worth the wait. Upon its February release, 'mbv' was arguably the first music 'event' of the year, suddenly released to a salivating public that soon brought the MBV website to its knees. Just like the timeless 'Loveless', 'mbv' is a grower that you become more infatuated with on every listen. The twenty years between now and 'Loveless' may not have inspired Kevin Shields and co. to come up with anything wildly different from what we already knew, but they have kept their standards as high as ever and made an album that leaves you as breathless as the first time they shattered our collective minds.

Blood Orange 'Cupid Deluxe' - Devonté Hynes has worked under many guises in the past, but his work as Blood Orange has always hinted best at his untapped potential. On 'Cupid Deluxe', Hynes finds his niche and blossoms into the exceptional talent we see before us. With a keen ear for luxuriant arrangements that evoke equal parts longing and loving, his reign as one of the great producers of this generation has only just begun and his worth as an artist in his own right has been proven. The man even got Despot to rap on a whole song! Surely that deserves merit alone.

Kurt Vile 'Walkin' On A Pretty Daze' - You know you have a good album on your hands when one of the few faults critics can seem to find is that some of the songs are a bit long, especially when the songs are as well timed as they are on 'Walkin' On A Pretty Daze'. 'Was All Talk', 'Too Hard' and 'Goldtone' are three of the album's most effortlessly well realised and executed efforts, yet with the shortest one coming in at over seven minutes they are also three of the longest tracks too. Whatever their length, each song is as relaxed, directed and simply satisfying as the next.

Daft Punk 'Random Access Memories' - Such a fun record and also, at times, quite moving. Songs like 'Within' and 'Touch' are some of the duo's most emotive forays to date, but on the flipside there are songs like 'Lose Yourself to Dance' and 'Get Lucky', which burst at the seams with joyful exuberance. Meanwhile, we have 'Fragments of Time' and 'Doin' It Right', which both go straight down the middle and make you want to dance with a Kleenex in your hand, just in case. The robots aimed high with 'RAM' and, in the end, did not produce the perfect album they were after; however, the only thing preventing it from being as good as they wanted are a few slight misses.

Arcade Fire 'Reflektor' - For some reason, people seemed to get really offended when Arcade Fire brought out a double album, despite it being only ten minutes longer (and three tracks shorter!) than their much-celebrated third album 'The Suburbs'. The angst felt towards them most likely came from the fact that a number of the music world expected, and may have wanted, 'Reflektor' to be a failure. Joke's on them because Arcade Fire's fourth album is outstanding! It might not be their best but, when your standards are as high as AF's, even when you're not at your best you're better than most.

El-P and Killer Mike 'Run The Jewels' - 'Run the Jewels' is not for your children", El-P warns on 'Twin Hype Back'. Probably not, but what it is for is anyone disenfranchised in a world where hip-hop largely consists of big egos and money over errythin'. A hip-hop bromance that looked great on paper came out even better in practice and it turned out to be one that also came with a Christmas song (kind of) to boot. The best thing about 'Run the Jewels', though, is that this is just the beginning!

Queens Of The Stone Age 'Like Clockwork' - After some time off, Josh Homme and co. returned with arguably their best album in a decade. QOTSA are still as dirty and rocking as ever, basking under the desert sun, channelling the energy of our almighty star into rock banger after rock banger. Even with all those guests, it doesn't get lost for purpose or immediacy as the songs tick over, like clockwork, into one hell of a comeback album.

Joanna Gruesome 'Weird Sister' - Few albums released this year can match the sheer energy found in this Cardiff-based five-piece's debut LP. The songs tend to fly past in a ball of teenage angst and rebellion, but they never go past without you taking full notice, with each song retaining its own particular snarl or false solo that makes you keep on sitting up and taking notice.

Death Grips 'Government Plates' - It's unrelenting, it's vicious as hell, it's erratic, it's angry, it can make you want to skank out and mosh at the same time, it's fun, it's as serious as Stefan Burnett's dead stare, it's hip hop, it's hardcore, it's punk and it's noisy as hell. It's Death Grips, pure and simple.

Janelle Monae 'The Electric Lady' - Continuing her journey as alter ego Cindi Mayweather, 'The Electric Lady' undoubtedly benefits from its impressive list of guest features, but Monae never lets herself get overwhelmed by her talented group of friends. Like with 'The ArchAndroid', the Atlanta singer has once again shown us that she is leading the way in modern R&B by some distance.

Nick Cave 'Push the Sky Away' - The Bad Seeds' first release without Mick Harvey, Nick and co. have hardly suffered from losing a member as they tick all the boxes once again on their 15th release. Cave is at his muted and lingering best as his baritone swoons above some quite lovely arrangements.

Chance the Rapper 'Acid Rap' - It might not be his debut release, but 'Acid Rap' is the release that has announced 20-year-old Chicago-native Chance the Rapper as the next main contender in hip-hop. He hasn't backed himself in a corner and, as a result, 'Acid Rap' is a mixtape that branches out thematically and musically into as many avenues as Chance would have wanted to go down during the recording process. The fact that he remains a free agent, turning down approaches from TDE and some big name labels, we get the feeling that, like Joey Bada$$, we might have another big name with the right frame of mind taking on the rap game.

Rhye 'Woman' - 'Woman' is not the only album on this list where love is the general theme, but it is the one album where that ever-utilised thematic device is set on to record with such effortless ease. Robin Hannibal and Mike Milosh may do white boy soul, but these white boys have got more soul to put on record than the majority of Trevor Nelson's nightly playlists do by a distance.

Arctic Monkeys 'AM' - 'AM' had some fans declaring it their best release to date, whilst others considered it THE best release in a long time - whatever you make of it, 'AM' is undoubtedly the Arctic Monkeys' most adventurous record to date. Refusing to be written off, 'AM' treads new waters for the Sheffield lot, leaving the possibility of them swimming out into the unknown all the more real when album no. 6 comes. 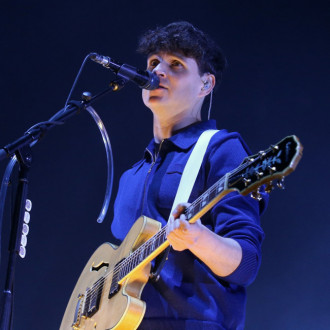