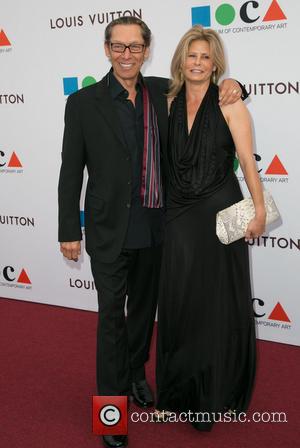 Former Van Halen star Sammy Hagar is set for a court showdown with a one-time Playboy bunny for accusing her of extortion in his autobiography.

Officials at a federal appeals court have revived the unidentified woman's defamation lawsuit against the rocker ruling a judge had mistakenly dismissed her claims that he libelled her in his 2011 book Red: My Uncensored Life in Rock for naming him as the father of her son.

The woman claimed her son was the result of a five-year romance with Hagar, adding he was conceived in 1988 in Detroit, Michigan after a Van Halen concert.

This week (beg25Aug14), Circuit Judge Myron Bright ruled the Iowa-based plaintiff could pursue claims of libel, invasion of privacy and breach of a confidentiality agreement.

She said, "Under Iowa law, an accusation that a person is a liar is defamatory as a matter of law. Indeed, Mr. Hagar's statements regarding Doe's (unidentified woman) criminality, dishonesty, and sexual exploits have a natural tendency to provoke Doe to wrath or expose her to public hatred, contempt, or ridicule within the community of individuals that recognise her as the subject."

Hagar's lawyer Wesley Kinnear says, "We are disappointed that the Court of Appeals didn't affirm the lower court decision in its entirety. We look forward to the next step."

In his memoir, Hagar denied he was the father of the former model's son but revealed he agreed to pay her money during her pregnancy in exchange for her silence about his alleged paternity. No tests were conducted.

The libel case will now return to an Iowa court.