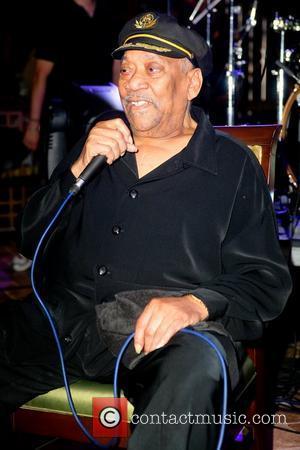 Bobby (Blue) Bland, the balladeer whose sophisticated style modernized the blues, has died at his home in Germantown, near Memphis, aged 83. Bobby's death was confirmed his son Rodd, who played drums in his band. Despite possessing all the natural attributes of, say, Ray Charles and B.B King, Bland never reached the same lofty heights as some of his more popular contemporaries though remained a mainstay on the rhythm-and-blues circuit for decades.

His vocals, punctuated by the occasional James Brown esque shout, took on an air of emotional pleading and he influenced everyone from Otis Redding to Wilson Pickett. Younger music fans may recognise Mr Bland's 1974 single 'Ain't No Love In The Heart of the City' on his 2001 album The Blueprint.

Mr Bland matched his sharp vocals with elegant stage wear and became a hugely recognisable performer on the circuit. He formed a close working bond with trumpet player and arranger Joe Scott, the men accounting for more than 30 Top 20 rhythm-and-blues singles for Duke Records in Houston. Many contemporary rock bands covered songs from these years, including The Grateful Dead (Love Light), The Band (Share Your Love With Me), and Van Morrison (Ain't Nothing You Can Do).

Bobby (Blue) Bland was inducted into the Rock and Roll Hall of Fame in 1992 and received the prestigious Grammy Award for lifetime achievement in 1997. He is survived by a wife Willie, son, daughter, and four grandchildren.