Robert Pattinson And Kim Cattrall Were Among The Stars Who Descended On Belfast, Northern Ireland To See Van Morrison Mark His 70th Birthday By Performing On The Street Where He Grew Up. 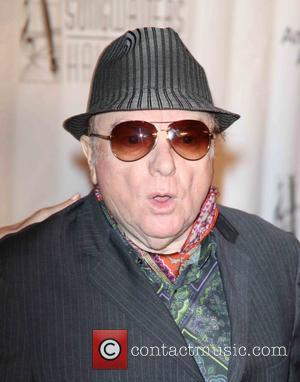 The veteran crooner marked the milestone on Monday (31Aug15) and he returned to his hometown to perform two gigs on the road which inspired his track Cyprus Avenue.

Roads around the famous street were cordoned off as around 3,000 fans descended on the area for the special shows, which were part of the city's EastSide Arts Festival.