The ladies bonded and caught some waves in Bali this week. 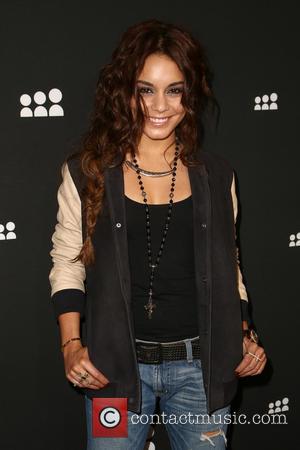 It’s officially summer and Vanessa Hudgens and Ashley Greene are making full use of it at a surfer event in Bali (where else?) The young actresses teamed up for a girls’ getaway at the Oakley Pro Bali/Learn To Surf event in Indonesia. The ladies did everything that a good vacation should include – they soaked up the sun, tanning on a yacht at sea, went swimming in the stunningly clear water off shore, attended a party or two and even clocked in some surfing time.

Well, surfing is probably too strong of a word, since both the Spring Breaker and the Twilight Star are apparently novices at the sport, but, judging from the pictures, released by the Daily Mail, they’re showing some natural aptitude. In the pictures both ladies are seen standing up on their surfboards and even catching some waves (ok, they’re fairly tiny waves, but still). They seem overjoyed with the experience, with Greene raising her hands into the air while surfing and Hudgens sticking her tongue out at the camera at one point.

Then the girls reportedly attended an evening party for the event and, of course, they went with the appropriate boho attire, with Ashley tucking flowers into her hair and Vanessa donning a Bohemian-looking paisley frock. All in all, it looks like Greene did a good job at summarising the trip in her tweet from Wednesday: “Life. Is. Good.” Who doesn't love a nice tale of female friendship?