'High School Musical' star Vanessa Hudgens would ''love'' to have a role in a 'Sex And The City' prequel. 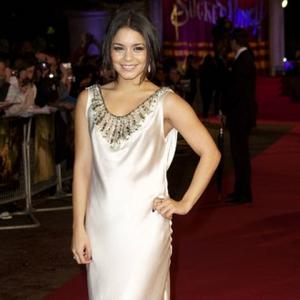 Vanessa Hudgens would like a role in the 'Sex And The City' prequel.

The 22-year-old actress worked with Kristin Davis - who starred as CHARLOTTE YORK in six TV series and two film inceptions of the romantic comedy - in forthcoming epic 'Journey 2: The Mysterious Island' and she confesses if a role in the planned prequel came up she would gladly take it.

Speaking at the UK premiere of her new movie 'Sucker Punch' at the Vue Leicester Square in London, she told BANG Showbiz: "I love those movies, of course I'd do it, 'Sex and the City' is so funny! I love them."

Sarah Jessica Parker - who played the lead character, writer Carrie Bradshaw in the series - has previously revealed she would still like to play her younger self if 'The Carrie Diaries' by the show's creator Candace Bushnell gets made.

The 46-year-old star said: "Who do I want to play teenage Carrie? I don't know.

"Maybe they should use old footage of me. And in this new age of 'Avatar', what about a new 17-year-old S.J.?"

'Glee' star Dianna Agron has also said she would love a role in the prequel if it came up.

She added: "Of course I would do it. I mean, who hasn't seen every episode five million times?

"But then again, you run the risk of people hating it. I mean, how do you compete against Sarah Jessica Parker? She originated that!"