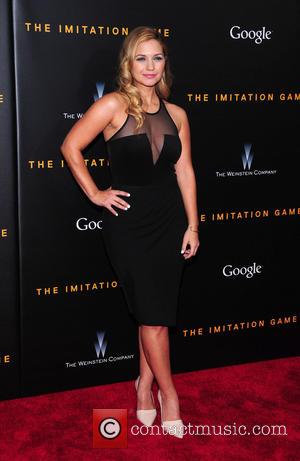 Picture: Vanessa Ray - Shots of a host of stars as they arrived and took to the red carpet at the Premiere of 'The Imitation Game'...

The Pretty Little Liars regular tied the knot with her partner in an intimate ceremony at Condor Nest Ranch in Pala, California which was officiated by the couple's parents.

Guests at the event included Ray's co-star Sasha Pieterse, U.S. soap stars Kim Matula and Kelly Sullivan, and Broadway actor David Hill, and they were treated to a Mexican dinner during the reception.

At the end of the night, Beard's band Harbor Party took to the stage for a special set.

Ray was previously married to actor Derek James Baynham, but they divorced in 2003.

She and Beard became engaged in January (15) after six years of dating.