Vanessa Redgrave Is Among The Stars Who Have Signed An Open Letter In Support Of A Charity Which Has Come Under Fire For Backing A Controversial Group Fighting For Terrorism Suspects. 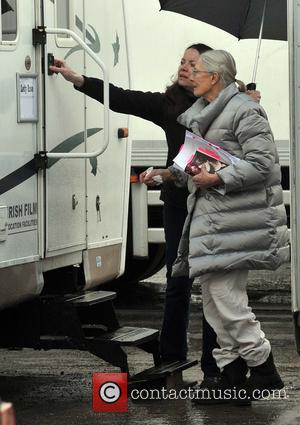 The veteran actress has thrown her support behind the Joseph Rowntree Charitable Trust (JRCT), which has faced criticism for providing grants to CAGE, an organisation set up by a former detainee at U.S. prison camp Guantanamo Bay to help those incarcerated on suspicion of terrorism offences.

CAGE has caused controversy by supporting the masked terrorist known as 'Jihadi John', who has been filmed in attendance at the beheading of several hostages in Syria, after he was identified as London-based computer programmer Mohammed Emwazi.

The organisation has claimed Emwazi turned to radicals after facing "harassment" from U.K. officials who suspected him of having links to terrorism, and a number of charities including the JRCT withdrew funding from CAGE in the aftermath of the statements.

Several high-profile Brits have now thrown their support behind the JRCT as it struggles to recover from the CAGE scandal, and signatories include Redgrave, Absolutely Fabulous star Joanna Lumley, and actress Janet Suzman.

The letter, published in Britain's The Times newspaper, reads, "No organisation should be beyond reproach... but we affirm the right of charities... to freely pursue their objectives within the law... We express our support for the Joseph Rowntree Charitable Trust... The Trust has a long and distinguished record of support for important civil society work... At times its work has been risky or controversial, but in our experience it has always acted with the greatest integrity."

CAGE's mission statement is to support "victims impacted by the war on terror to access due process (sic)".