Vanessa scared of getting unfit

The Saturdays member Vanessa White has revealed she is scared of getting unfit over Christmas so will only be taking two days away from the gym, 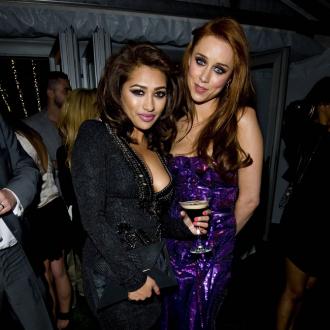 Vanessa White is scared of getting unfit over Christmas.

The 25-year-old The Saturdays band member recently signed to catwalk agency Select Model Management so is only allowing herself two days away from the gym for the festive period because she is terrified of losing her figure.

She admitted: ''I don't want to let myself go and then have to frantically catch up in January, so I'll be back at the gym on December 27.''

The decision to hit the gym is a huge difference for the brunette beauty - who is the youngest member of the group, known for their hit singles such as 'Just Can't Get Enough' and 'What About Us' - as she has battled with alcohol addiction in the past.

She previously admitted: ''I drank vodka mainly but, to be honest, I drank anything. It massively affected the band and I felt lonely and depressed.''

However, last year, the star admitted she had taken up exercise in a bid to distract her from her partying past, and now has a personal trainer who helps her to work out almost every day.

Explaining what she does to keep fit, she said: ''I train five times a week, doing kickboxing and cross-training.''

Vanessa scared of getting unfit Vanessa White Grabs A Drink With Her Assistant