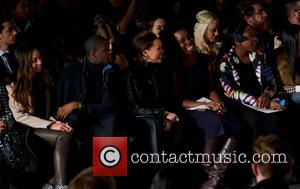 Actress Vanessa Williams is to star in Broadway musical After Midnight.

The Ugly Betty actress has signed on for a six-week stint in the production, which celebrates jazz icon Duke Ellington's years at Harlem's famous Cotton Club.

She will replace R&B singer Toni Braxton as special guest vocalist on 1 April (14) and is due to perform until 11 May (14), according to Billboard.com.

Williams announced the news to the cast backstage on Wednesday (19Feb14). She said, "It's an honour to jump in. It's a well-oiled machine, up and running and I think it'll be a perfect fit."

The role of guest star is currently being played by singer k.d. lang, who will be replaced by Braxton in March (14).