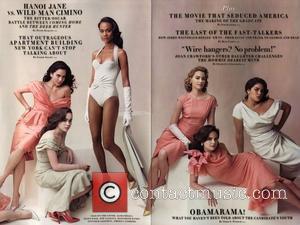 Glossy magazine Vanity Fair is already benefitting from publishing the first photos of Tom Cruise and Katie Holmes new baby SURI by hitting a record 4.3 million page views on their website in just one day. The October (06) issue features a 22-page photo spread of the Cruise family shot by celebrity photographer Annie Leibovitz. The issue hit newsstands in New York City and Los Angeles on 6 September (06), but the world could view the photos online at vanityfair.com late Tuesday (05SEP06) night - and hits on the site rocketed to nearly three times the previous record for page views when the magazine posted a picture of Keira Knightley and Scarlett Johansson appearing nude for Tom Ford's Hollywood issue in February (06). Meanwhile, new details have emerged about exactly how the magazine managed to keep its exclusive pictures a secret. Comag Market Group Vice President JOE BERTOLINO, who distributes the magazine, said the operation was three weeks in the making and credits Vanity Fair editor in chief Graydon Carter with masterminding the exclusive deal. Neither Carter's staff or members of Bertolino's marketing group were allowed to see the images ahead of time. A private security firm was hired to guard the magazine as it was being printed and it shipped one day late, with the front of the issue covered by a protective piece of paper to prevent leaks. Bertolino says security did catch an infiltrator at one distribution point from a competing weekly magazine. He declined to name the publication, saying only that it was not owned by a "reputable" magazine company. 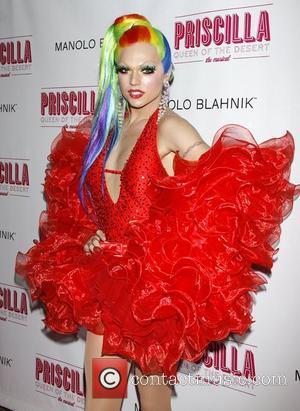 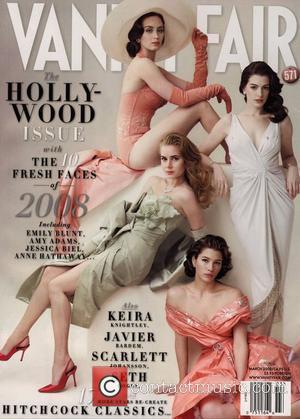