Disco is the genre of music we all hear towards the end of the night at clubs, and at celebrations such as weddings and parties. It is essentially good times music. The very essence of disco is fun and confident. Created in New York in the sixties and seventies as a statement from gay and cultural groups against the rock domination, it was meant to create a statement. 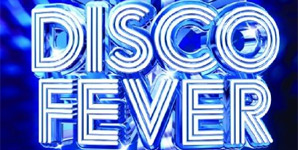 It's a shame that when you see disco compilations that they all have the same tracks on. Yes, disco was a product of the seventies, but there was so much more to the disco movement. It would be nice, just for once, to see something other than Gloria Gaynor and Rose Royce with 'Carwash'. There were some great disco tracks from that era. It could have unearthed some real gems.

As it is, this is just the same as the other compilations, but perhaps in a different order. Of course you can enjoy it if disco is your thing, or just because you need a bit of a lift, but it's not going to be anything you haven't already got somewhere. Great memories can be relived, for example KC and The Sunshine Band's 'Got To Give It Up' always makes me smile, but it's not going to make this an individual album.

That said, there are the less tacky tracks such as Odysseys 'Native New Yorker', and 'Got To Be Real'. It's not all stereotypical party DJ tracks, but overall it's like the ultimate disco cliché! It hits the ultimate low point at YMCA!

All this, neatly placed in a sparkly deep purple packaging... And conveniently released for all of your Christmas and New Year parties on the cheap for the recession! Didn't see this one coming did we?!