Review of Raise The Bar Album by Various Artists

We all know that records for charity will sell. They are usually performed by well know and popular artists, and it's a winning situation, you get the music you like (if it's not one of the cringing ones), and you feel like you have done a good deed for the day. Sometimes it works from both sides though, and it's not always the big music bosses and charities looking to raise awareness. 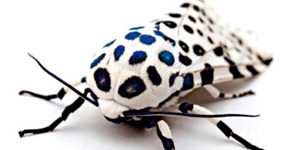 Raise The Bar is a compilation album with a point. A well known bar/pub in Kentish Town is under threat from developers and set to be turned into flats. I know, you're thinking it's just a pub, but this is far more. It has a live music lounge for new talent, is used by artists, songwriters, poets, comedians, and has been there since the 1800's!

So The Torriano has stepped up to the fight against the developers, and put out a campaign CD. Artists such as Peter Doherty, Omar, and Palace Fires have contributed to the nineteen track selection.

Compilations are usually always one genre, and so definitely audience targeted. The creators have been clever with this one though. There is no 'typical sound', it literally jumps in quick shifting sounds from a country/folk sound to electro synths.

'Hard Times No Sunshine' from Lipstick Melodies offers a real blues and rock sound. Jackson Scott brings an amusing love anecdote in the form of 'Creme Caramel'. I say amusing because with lines like 'I wish you very well my little crème caramel, and hope the angels watch you while you rot in hell' is far from the soppy stuff we usually get.

London Band, Palace Fires, have contributed one of their usual addictive fast paced tracks, 'Start the Fire'. A bit of light hearted and melodic rock can't fail can it?

With a wide variety of tastes catered for, and being a real showcase of talent, there really isn't much to offend here. The random and unpredictable order to the tracks provides that element of excitement you should get from music. A real showcase of talent. Perhaps that is the effect they want, it is to save a music venue after all. It's a great idea, and well produced too.

We all know how hard it is to get your music heard, and how hard artists have to work to get people to listen and let them play. Even if you're not in it for making a point, this compilation is completely unique, and a good hit for summer!