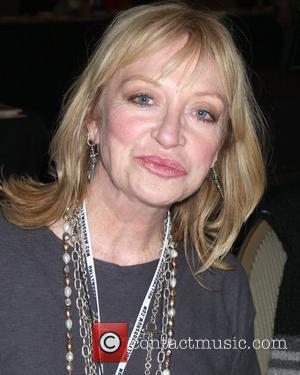 Actress Veronica Cartwright learned how to cook the perfect steak and pick fine wine from movie legend Alfred Hitchcock - when she was just 12 years old.
The movie and TV veteran has exploded the Hollywood myth that the revered director hated kids, insisting he was a delight to work with on The Birds and taught her all about cuisine.
Cartwright, who played Tippi Hedren's daughter in the 1963 movie classic, reveals Hitchcock eased her nerves during her audition by chatting to her about his wine collection and how he liked his steak.
She tells WENN, "He was really cool. I liked him and I think he liked me. I used to get his tea every afternoon. He'd get his tea at 4.30 and everything stopped.
"He requested meeting me for The Birds, so I went into his bungalow at Universal (studio). It was just me and him. He found out that I was born in Bristol and he proceeded to tell me that his favourite wine cellar was in Bristol and he started giving me lists of wine that were excellent.
"Then he proceeded to tell me how to cook a steak correctly - when to take it off and then just put a piece of tin foil over it and let it rest and bring it up to the perfect temperature.
"He said, 'This is important because you'll need this when you get married some day.'
"It works. When I barbecue a tenderloin or fillet, you take it off when it hits 125 (degrees) and cover it with tin foil and then it'll bring it up to a perfect rare."
Cartwright celebrated becoming a teenager on the set of the thriller, and she still treasures Hitchcock's gift: "He wrote on a piece of card, 'To the woman I love, Veronica,' drew his face and signed it. It's archived and framed. When I got home there was an enormous bouquet of lilacs and French tulips that was a big as me."