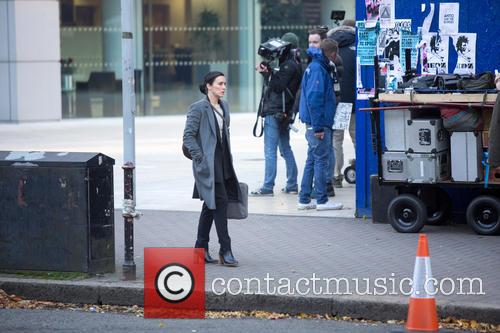 Jed Mercurio To Adapt Lady Chatterley's Lover For BBC One

...as part of The BBC's new dramas based on the classics

The BBC can’t get enough of Jed Mercurio; The Line of Duty creator is embarking on a third series of his popular crime drama, and he’s to start work on a Lady Chatterley’s Lover adaption for BBC 1.

Line of Duty was a hit for Mercurio

The book was last adapted for British television in 1993 with Joely Richardson as Lady Chatterley and Sean Bean as the gamekeeper, Mellors. It was a controversial novel when it when it was originally published in 1928, and was ban for almost 30 years shortly after its release.

TV land may have been awash with news of HBO’s double 'Game of Thrones' pick up, handing the fantasy drama fifth and sixth seasons, with suggestions that the story won’t wrap up until the seventh of eighth, but it’s not the only show. 'Line of Duty' has also picked up two more series, putting the total to four and there’s no indication things will stop there.

The main cast of BBC's Line of Duty

"For series three and four, I can promise two explosive new cases for AC-12, new guest stars as police officers investigated for corruption, further twists and turns from the loose ends of series two, and maybe even some surprise reappearances," said creator Jed Mercurio.

Line Of Duty Creator On Ending: "I'm Sorry Some People Have Been Disappointed"

If you didn't get it, he's sorry, alright?

'Line of Duty' has been hailed as one of the U.K’s best crime dramas alongside Luther and Broadchurch. But unlike those two shows – which both scored big at this week’s RTE Awards – Line of Duty’s ending left many feeling despondend, something the show’s creator Jed Mercurio has openly apologised for.

Line of Duty is a dead cert for a third season

“I’m sorry some people have been disappointed with the ending. I already mentioned in an earlier response that there would be things that some viewers would feel were important that weren’t dealt with, and I appreciate that can be frustrating,” he said.

Continue reading: Line Of Duty Creator On Ending: "I'm Sorry Some People Have Been Disappointed"

There's enough charming energy in this loose London music scene comedy to keep us entertained, but the plot drives us round the bend by refusing to go anywhere. Yes, this is one of those achingly British films that pulls the rug out from under its characters (and indeed its audience) every time they're threatened with even a moment of happiness.

Our hero is Dixie (Jonny Owen), who leaves rural Wales when he discovers a band on YouTube that he thinks he can manage into stardom. In London, he discovers that the Premature Congratulations (Michael Sosha, Dylan Edwards, Joel Fry and Curtis Thomson) are four hapless young men who make great music but have barely a whiff of common sense between them. So his efforts to promote them are more difficult than expected, especially since his record-exec childhood friend Horsey (Roger Evans) won't give him the time of day. Then just as Dixie's girlfriend Shell (Vicky McClure) gets fed up with his debt-incurring ways, The Prems suddenly become the hottest unsigned band in London.

Not that Dixie is capable of getting them signed to one of the labels clamouring for them. No, this is one of those movies in which everything goes wrong on cue. Not only does success remain tantalisingly out of reach, but Dixie also has problems with a loan shark (Michael Smiley) and a surly record-shop boss (Martin Freeman). And his father is dying too. These are far too many obstacles for a scruffy little movie, and not one of them feels either relevant or necessary. It's merely Owen the screenwriter torturing Owen the actor. He may be relentlessly charming on-screen, but it's all so contrived that we know it's pointless to care about anything.

Is 'Svengali' Really The Funniest British Film In Years?

'Svengali' pulls together some of the most popular British actors and comedians for a film that satirises the music industry. At the centre of all this is Dixie, a postman from South Wales played by Jonny Owen who dreams of finding the next big band - until he does. What follows is a classic fish-out-of-water underdog story that sees our Dixie navigate the notoriously fickle music industry. The film also stars Vicky McClure, otherwise known as the queen of independent British cinema. Having made her name in ‘This is England’ and the subsequent spin-offs, she is arguably the headline cast member in a long list of home-grown heroes.

BBC2's "Line Of Duty" Returns To Disappointing Ratings, Loses Out To Comfy And Familiar "Midsummer Murders"

When the BBC crime drama Line of Duty debuted two years ago, it was the biggest new drama the channel had had in a while. Not only did last night’s series 2 premiere fail to top that success, it didn’t even come close to matching it, despite critical success. So, what happened between then and now? Let’s talk ratings. The first series of the Jed Mercurio drama about police corruption had an overnight average of 3.2 million for its first run, ending with 3.5 million. Last night’s premiere didn’t even manage 2 million. Bearing in mind that the first episode of each season usually sees a notable spike in ratings, Line of Duty’s viewing numbers might drop even lower as this season progresses. Despite the guest appearance of Keeley Hawes in the first episode, Line of Duty only made it to 1.8 million viewers, according to The Guardian.

The crime drama was a bit too heavy for the Thursday night crowd.

Meanwhile, ITV’s staple Midsummer Murders had a considerably better night. On its 100 episode anniversary, Midsummer registered 5.8 million viewers or 24,6% of those tuning in to the 8pm-10pm slot. The anniversary episode was set partly in Copenhagen, with Danish stars Ann Eleonora Jorgensen from the The Killing and Borgen's Birgitte Hjort Sorensen taking part in the centenary episode crime-solving shenanigans.

The Critics Are Delighted With Line Of Duty's Return

If there’s one thing the British viewing public love, it’s a solid crime drama, and Line of Duty delivers in spades. The critics have been really impressed the Line of Duty’s series 2 opener, calling it an exciting return to form.

The procedural cop drama, which, unusually for its genre, is part improvised, blurs the lines between good and bad, often pointing the finger at law enforcement bodies. In that sense, it’s truly original, but it still adheres to the tropes of the crime drama, with brooding tension and plot twists along the way. But don’t take our word for her, here are what the critics had to say.

Continue reading: The Critics Are Delighted With Line Of Duty's Return 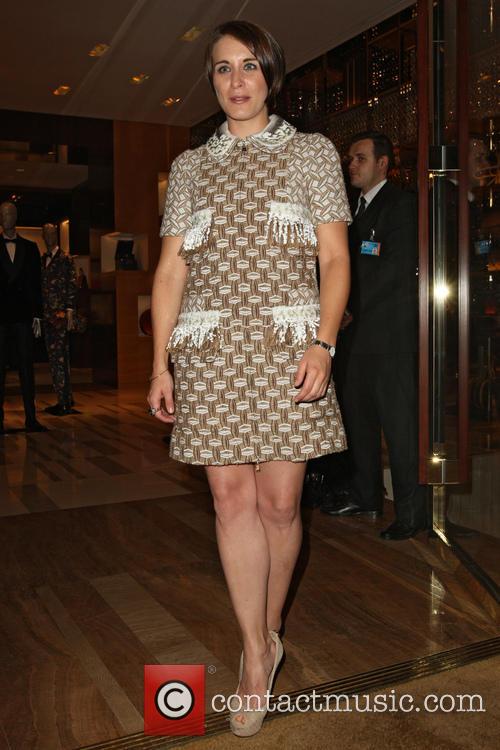 After being particularly badly beaten while living on the streets, Joey Jones is determined to get his life back on track. He is ex-special forces on the run from military court so when he finds the opportunity to transform into another person, he grabs it with both hands. Working as a chef in a London restaurant, he also acts as security using his specialist skills to overpower any trouble that might come their way. When his boss offers some new kind of work, he decides that he must do everything in his power to help people whose lives have been destroyed by poverty, especially when he is informed of the brutal death of one of his closest friends. However, he is torn between his desire to help those in need, and run away and start over his own life in a new place. 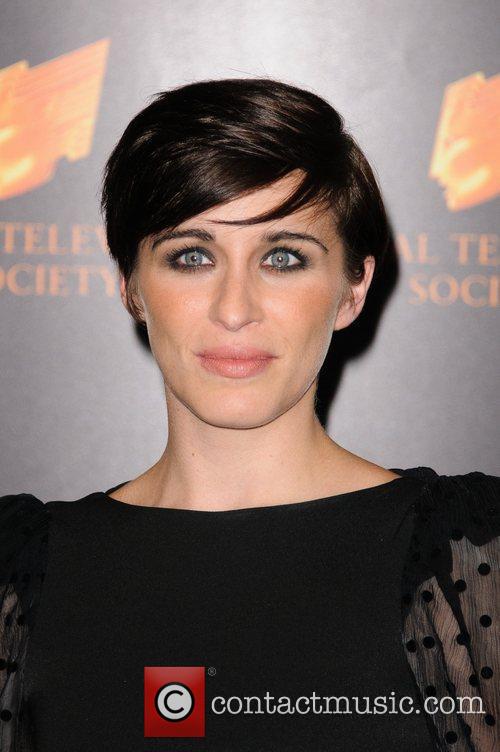 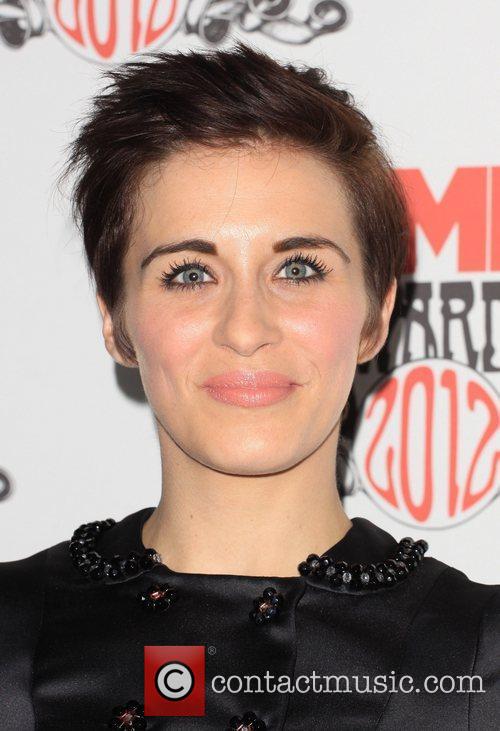 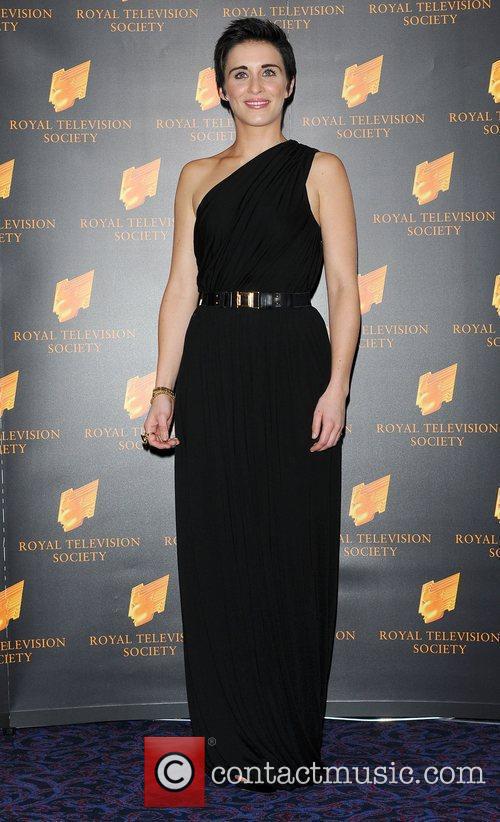