Former Spice Girl reveals the secrets of her fashion success 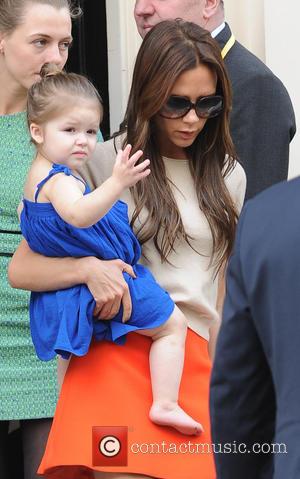 In what can only be described as the biggest revelation to hit the fashion industry in recent years, the news has broken that Victoria Beckham takes her clothes off, in order to design more new clothes for unreasonably skinny and wealthy women to buy and wear. The Scottish Daily Record report that Mrs Beckham, the former Spice Girl revealed the secrets of her designing prowess at the Vogue Festival.

According to the report, she starts by “sitting down with her team and discussing their ideas first” before eventually stripping off, and re-clothing herself with ideas that come straight out of her brilliant mind. Whether or not she does the stripping off in front of her team is not clarified in the article but we reckon she probably does it in the privacy of one of the many rooms in her house. When she was done with this particular revelation, Victoria then unleashed another revelation to the gathered throng of fashion enthusiasts: she’s not as miserable as she looks, apparently!

“Everyone thinks I’m going to be such a cow,” she laughed. “I get it because I think the same when I see the pictures.” That’s right folks – you can’t judge someone’s personality just by looking at several thousand photographs of them that all seem to suggest exactly the same thing. She’s not a cow! No, she’s human and she’s a happy human at that. Fashion world, this is a big day for you. Victoria Beckham: these clothes will come right off once she gets to work