Victoria Beckham reportedly wants Caitlyn Jenner - who was known as Bruce Jenner before undergoing a gender transition - to model her clothes. 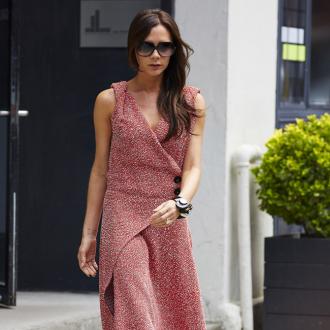 The 41-year-old fashion designer is reportedly keen on having the 'Keeping Up With The Kardashians' star - who was known as Bruce Jenner before undergoing a gender transition - walking the catwalk in her latest designs.

A source told the Daily Star newspaper: ''She thinks she looks absolutely stunning and desperately wants to style her and even include her in an upcoming fashion campaign.

''She is open to the idea of working with transgender models and feels Caitlyn's glamorous style and Amazonian figure would work perfectly with her clothes.''

It wouldn't be the first high-end fashion shoot for 65-year-old Caitlyn as she previously posed for the cover of Vanity Fair magazine.

During the shoot, Caitlyn looked stunning as she posed in a multitude of beautiful outfits including a daring ivory corset, a ball gown and a sequinned dress.

In the frank interview, Caitlyn admitted a weight had been lifted off her shoulders.

She shared: ''If I was lying on my deathbed and I had kept this secret and never ever did anything about it, I would be lying there saying, 'You just blew your entire life.''