Victoria Beckham was crowned the Woman of the Decade at the annual Glamour Women of the Year Awards in London on Tuesday night (04.06.13). 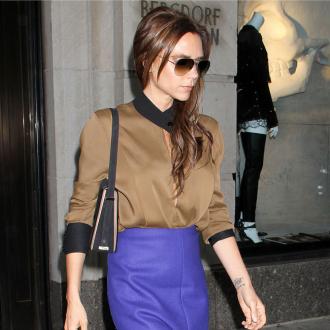 Victoria Beckham was crowned the Woman of the Decade at the annual Glamour Women of the Year Awards in London on Tuesday night (04.06.13).

The former Spice Girl turned fashion designer, who attended the red carpet event at the Berkeley Square Gardens on the arm of her eldest son Brooklyn, 14, was presented with the prize by Burberry's Chief Creative Officer Christopher Bailey, and used her moment on stage to reaffirm her support for ''girl power''.

The 39-year-old star said: ''I kind of wish I'd written notes now... I'd like to start by congratulating all the women tonight, and also 'Harry Potter'. I like to celebrate women... Girl power! What Myleene (Klass) said was right, we need to support each other.

''Thank you Brooklyn, the best looking man in the room tonight, for being my date.

Former 'Harry Potter' star Daniel Radcliffe was named Man of the Year, while Myleene Klass won Entrepreneur of the Year and admitted she was thrilled to be honoured after a ''rubbish'' year, during which she divorced her husband Graham Quinn after he walked out on her.

She said: ''I was thinking exactly a year ago... I can't tell you a difference a year makes. It's been really rubbish. To stand here again this year again as a successful businesswoman, it means so much.''

Full list of Glamour Women of the Year Winners:

Man Of The Year - Daniel Radcliffe

Woman Of The Decade - Victoria Beckham