Victoria Beckham Due To Give Birth Today 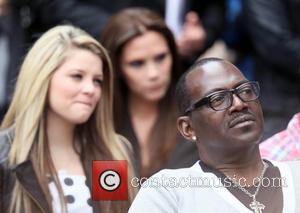 Victoria Beckham will become a mother for the fourth time today when her baby-daughter is delivered by caesarean. The Beckham's are expecting to welcome their first girl on July 4th - one of America's biggest national holidays, reports the UK's Daily Mirror.
The former 'Spice Girl' turned fashion designer is already a parent to three boys, Romeo, Cruz and Brooklyn. Speaking at the unveiling of the new LA Galaxy football strip, husband David was excited at the prospect of raising his first baby girl, saying, "It's a whole new different thing for us. To have so much pink in the house, lilac in the house, and dresses. All the clothes are ready, the room's ready. We're really excited". As well as being a celebratory day for Americans, David said the 4th July was also significant to Victoria and himself, saying, "Obviously we got married on July 4, 12 years ago, Monday, so it's a special day for us, it always has been and always will be". Victoria's parents Jackie and Tony, her sister Louise and brother Christian are flying out to join the couple in the U.S. this week. David's mother Sandra is reportedly staying in the UK because his sister Lynne is also due to give birth around the same time.
Victoria Beckham unveiled her sixth fashion collection at New York Fashion Week in February to near universal acclaim. Stars to have recently worn her creations include Blake Lively, Cameron Diaz, Drew Barrymore and GWYNETH PALTROW.