Victoria Beckham sent Geri Halliwell a dress for her honeymoon, as well as a huge bouquet of flowers. 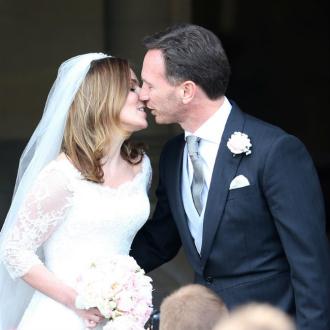 Despite not being able to attend her former Spice Girls bandmate's wedding in Woburn Abbey, due to commitments in Singapore Fashion Week, the 41-year-old fashion designer sent her a gown from her upcoming collection, especially for her and her husband Christian Horner's honeymoon getaway, as well as a giant bouquet of flowers.

A source told The Sun newspaper: ''Victoria sent Geri a special dress from her own collection. Her new line features abstract hearts, so what better occasion to wear one than on honeymoon?

''Victoria also sent a touching message of love and support and a giant flower arrangement which was so big a PA was struggling to find space for it.''

While Posh Spice is probably in Geri's good books, another former Spice Girl who isn't is Mel B.

The 42-year-old ginger was ''annoyed'' that the 39-year-old Scary Spice didn't attend her wedding, especially as she had made her former Spice Girls bandmate's three-year-old daughter Madison a bridesmaid, but found out only hours before that they wouldn't be able to attend the ceremony, giving her ''hardly any notice''.

An insider previously said: ''Mel called Geri with hardly any notice to say she couldn't make it. This is despite jetting into London from LA this weekend to meet with 'X Factor' bosses and discuss other future projects.

''Geri was annoyed but just rolled her eyes and blamed it on 'typical Mel'. All the events she's involved in end up full of drama.''