Victoria Beckham Was Put At Ease Over Her Decision To Remain A Working Mother After A Candid Heart-to-heart With Top Fashion Icon Diane Von Furstenberg. 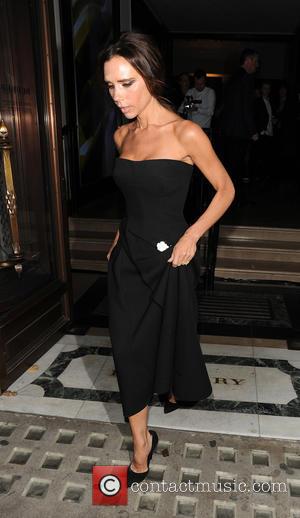 The former Spice Girls star-turned-fashion designer has been trying to balance her hectic work schedule with her busy home life as a mother-of-four for years after successfully reinventing herself as a force to be reckoned with in the clothing world.

However, she admits it took a few words of advice from Diane to help her realise that she has no reason to feel "guilty" for splitting her time between her family and her career.

"I was having dinner with Diane von Furstenberg a few months ago and she's a woman I have an enormous amount of respect and admiration for," Victoria, 41, recalled to U.S. breakfast show Good Morning America. "And I said to her, 'Diane, when your children were younger and you were working, did you feel guilty?' She said, 'Absolutely not. It's a waste of time, a waste of energy; it's (the stress is) ageing.' And she said, 'Actually, you're setting a good example, the fact that you're a woman, you're going to work; you really are setting a good example.'

"And that was great advice because I'm sure there are lots of women right now, watching TV, thinking, 'I feel guilty, I've got kids and I'm going to work.' Actually, it is a positive message to be giving to your children and other women and children as well."

Victoria shares four children with husband David Beckham - sons Brooklyn, 16, Romeo, 13, and Cruz, 10, and four-year-old daughter Harper, and they have made sure their kids learn the value of money by putting them to work.

Brooklyn previously took on a part-time job as a barista at a local London cafe last year (14), while he has since also dabbled in modelling and recently served as an intern on the set of family friend Guy Ritchie's upcoming film Knights of the Roundtable: King Arthur. Romeo also made his break into the modelling world in 2012 with a campaign for luxury fashion house Burberry.