Victoria Beckham says her husband David is her ''soulmate'' and after 11 years of marriage they are closer than ever. 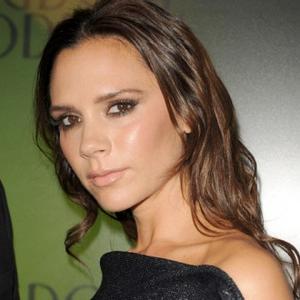 The former Spice Girls singer says her soccer star spouse is "Goddam perfect" and after 11 years of marriage she is still madly in love with him.

She said: "We are still so close, David and I. We were at a party the other day at my mum's house and I was sitting on his lap. We're very affectionate.

"I looked at him and thought after being married for 11 years, we were the only couple who were even near each other at that party. We're soulmates."

The singer-turned-fashion designer - who raises three sons, Brooklyn, 11, Romeo, eight, and Cruz, four, with David in Los Angeles - also revealed she sometimes can't believe she is married to such a worldwide hearrthrob.

Referring to criticism of his high-pitched voice, Victoria, 36, said in an interview with America's Marie Claire magazine: "I just think he's so Goddamm perfect that people have to find something wrong with him.

"The other day he was sitting at the end of the bed, and he had no clothes on whatsoever. I was getting out of the shower, and I just stood there looking at him. He never looks like s**t in the morning. Never!

"So he's sitting there sending his emails, all ripped. Not an ounce of fat on him. And I thought, 'You done good, girl.' I sure wasn't thinking of his high-pitched voice."