Victoria Beckham's mother has a 'shed-full of memorabilia' 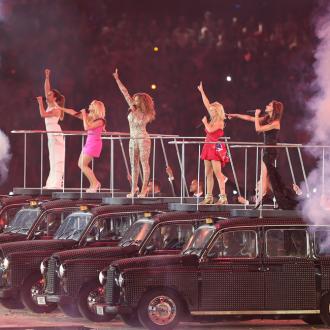 Victoria Beckham's mother has a shed-full of Spice Girls memorabilia.

Jackie Adams originally kept her expansive range of items - which includes dolls and stationary - inside her house, but has been forced to relocate it to the bottom of her garden because it used up so much space.

A source told The Sun newspaper: ''Jackie is a huge collector of Spice Girls goodies.

''And she'd kept a lot of Victoria's clothes from her tours and video shoots too.

''The gear was in her house for years but now it's taking up so much space that she's moved it to its own shed.''

Just recently, Jackie loaned dresses from her shed to Ripley's Believe It or Not museum in London, which is hosting a Spice Girls-themed exhibition.

It's been widely suggested that the girls - Mel B, Mel C, Victoria Beckham, Geri Halliwell and Emma - are determined to celebrate the 20th anniversary since the release of their breakthrough hit 'Wannabe' in 2016, and Emma admitted scheduling is the only thing stopping them from reuniting.

She shared: ''I was with Geri and Mel B just recently, we love each other and we love performing together.

''It's just when the timing is right because we all have our own careers now and we have families, it's just about getting five schedules together and that's all it is.''