Fashioner designer Victoria Beckham has described her husband David as her ''best model'' during a recent Instagram Live stream.

Victoria Beckham has described her husband David as her ''best model''.

The 45-year-old fashion icon revealed her man is a big fan of her own beauty range, which launched in September 2019 and aims to be a ''clean beauty movement'' with products made using ''only the cleaning ingredients''.

Victoria opened up during an Instagram Live chat with hair stylist Ken Paves, as she said retired footballer David is a ''big fan of the golden primer'' and her ''best model''.

During the live stream, she revealed her partner was even leaving comments on the conversation asking for more of her Victoria Beckham Beauty products.

She added: ''I can see a message from David saying he's run out of serum. I will bring some home.''

The product in question is described on the brand's official website as a ''daily dose of active ingredients that strengthens the skin's barrier function and supports ultimate skin health''.

Meanwhile, Victoria and David's nine-year-old daughter Harper Seven was also tuning in, as her proud dad revealed she was ''watching and smiling''.

Meanwhile, Victoria and David's nine-year-old daughter Harper Seven was also tuning in, as her proud dad revealed she was ''watching and smiling''.

Earlier this summer, the designer admitted her daughter had taken over her office space because she prefers to do her school work in there.

She said: ''Harper's taken over my office. She's trying to do all her schoolwork and, well, she's kind of decided that's her space now.

''So I'm downstairs... we're all dotted around the house, me and David and the boys, trying to work, trying to get schoolwork done. There's often someone holding a laptop up to a window, trying to get reception.'' 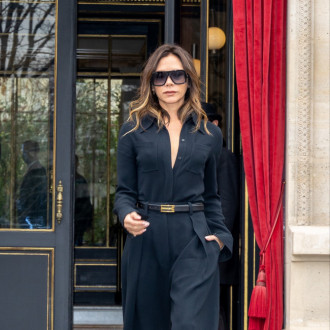 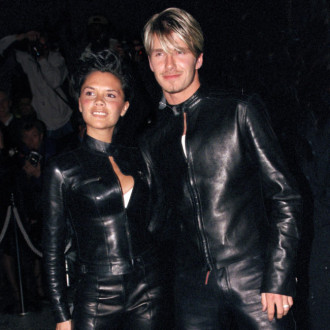 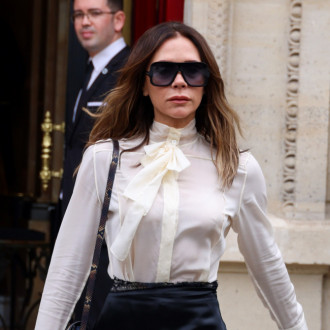