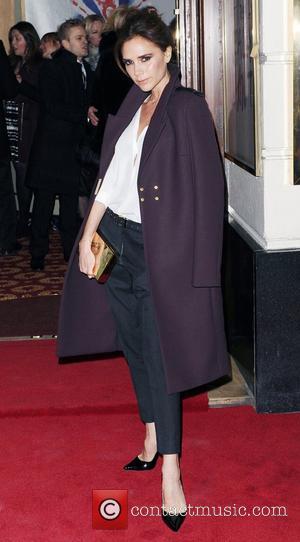 Victoria Beckham has decided against a new Spice Girls album and tour, leaving Geri Halliwell incensed. The former friends are no longer on speaking terms after Posh Spice rejected the idea of a "final fling" for the best-selling 90's girl group.

Geri and the rest of the girls - particularly Mel B and Emma Bunton - were keen on getting back on the road, though Victoria is presumably busy with her thriving fashion house. A source told the Daily Mirror, "Geri wants the girls to be back on the road as soon as they can. She's been trying to get in touch with Simon for the past few weeks but isn't getting anywhere. She and Victoria are no longer talking." One insider confirmed that Victoria's absence has essentially blown apart the entire comeback, saying, "A tour without Victoria is a real risk. She may not do a load of the singing but she brings a lot more than people think to the table."

The singer - easily the most successful and famous of the Spice Girls - has plenty on her plate in the coming months anyway. After leaving Los Angeles Galaxy, husband David Beckham is likely to sign for a new club in the near future, uprooting the famous family once again.

News of the collapsed tour comes a couple of months after Victoria appeared to physically distance herself from the rest of the Spice Girls on the opening night of the Viva Forever! West End musical. The show - written by Jennifer Saunders - has been panned by critics.