Victoria Beckham Diffuses Spice Girls Reunion In The Future: "I Won't Ever Do It Again"

Victoria Beckham says performing at the 2012 London Olympics with the Spice Girls was an "incredible honor" but "sometimes you've got to know when it's time to leave the party." 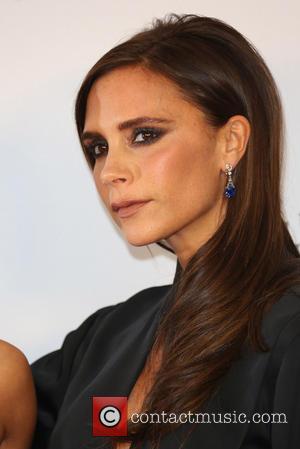 But people still won't forget her tenure in one of the world's most successful girl band's 'Spice Girls'.

'Posh Spice' is the cover girl for Spain's Vanity Fair for its February issue, and she also took part in a candid interview, shedding light on her future in music.

The 'Girl Power' singers, who include Emma Bunton, Melanie Brown, Geri Halliwell and Melanie Chisholm, announced their split nearly 14 years ago in 2000 and recently reformed for the 2012 summer Olympics.

The mother-of-four rejected the notion of another reunion with the girls, but did say their last performance at the London Olympics opening ceremony "was an incredible honor," but she "won't ever do it again."

Adding, "I was so proud to do it, proud to be British. That was a perfect time to say, 'That's great. Thank you to everybody, but no more. Sometimes you've got to know when it's time to leave the party."

This revelation isn't fuelled by any ill feeling towards the rest of her band mates, the 39 year-old only praised them and attributed her career in music with her current success.

"The Spice Girls were successful because we celebrated women," she said. "That's why I do what I do today."

Victoria's focus is now on her fashion career, with her next big move happening very soon as she is set to open a 7000 square-foot store in London's Dover Street, which will feature clothes and accessories from her own fashion line, according to WWD.