Victoria Beckham To Grace Us Vogue?

Victoria Beckham could appear on The Front cover of American Vogue after the magazine's editor Anna Wintour said she was a huge fan of hers. 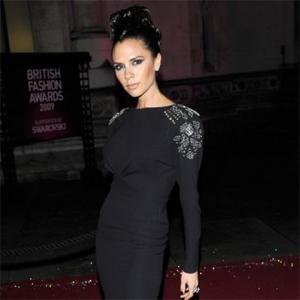 Victoria Beckham could appear on The Front cover of American Vogue.

The former Spice Girl-turned-fashion designer has already graced the British, Russian, German, Indian and Turkish editions of the magazine but now her dream of a coveted US cover is set to come true.

The magazine editor Anna Wintour said: "We're big fans of Victoria so it's not beyond the realms of possibility that we will put her on the cover."

Although she wouldn't say a date for the shoot, Anna was said to have been impressed by Victoria's latest fashion collection, which she showcased at New York Fashion Week earlier this month.

Afterwards, she was quoted as saying: "Don't under estimate her."

Since launching her exclusive clothing range in 2008, Victoria has won over many critics and has previously said she enjoys a good relationship with the notoriously hard to please Anna.

She said: "I've been on the covers of Vogue, I'm respected in The Fashion industry and Anna Wintour takes my calls."