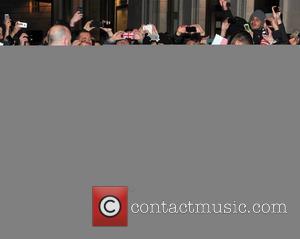 Some people just never change, and Victoria Beckham is one of them. At least thats what she claims, as she believes that she will always be 'Posh Spice.'

Despite the ongoing rumours circulating that say that Mrs David Beckham is doing her best to keep her distance from the girls -  Mel C, Geri Halliwell, Mel B and Emma Bunton - according to a newly released snippet from an upcoming documentary about the girls, she is doing quite the opposite.

In the forthcoming documentary, Victoria reveals: "I was called Posh because I liked the nice restaurants, and the nice clothes, and that was my character. I didn't smile, even in those days. There was this very strong image. And I am very much that person, even now. I get ready to go out sometimes and I catch myself in the mirror and I'm like, 'Oh my God, I've turned into that person'."

During the unveiling of the new West End musical Viva Forever! earlier this month, a musical play based loosely around the Girls' own shenanigans when they were the biggest group in the world, it was reported that Victoria had been trying to distance herself from her old bandmates - but that was probably Victoria just being Victoria.

To find out more, tune into the new documentary, Spice Girls' Story: Viva Forever, which will air on ITV1 in the UK at 8.30pm on Monday, December 24.