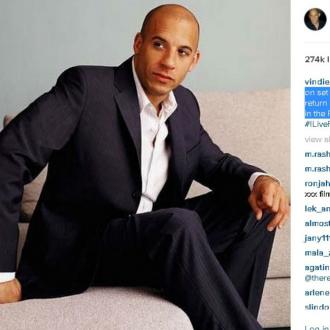 The 48-year-old star - who also appeared in 'Furious 7' earlier this year - has confirmed he's to reprise the role for a new movie in the franchise, with filming set to begin in December.

Vin is currently basking in the success of 'Furious 7', which is one of the highest grossing movies of 2015, and earlier this year, he predicted the action movie would win an Oscar.

He said: ''Universal is going to have the biggest movie in history with this movie.

''It will probably win best picture at the Oscars, unless the Oscars don't want to be relevant ever.''

'Furious 7' also starred Dwayne 'The Rock' Johnson, Michelle Rodriguez and the late Paul Walker, and Vin claimed no other movie will come close to the James Wan-directed picture in terms of sheer power.

He said: ''This will win best picture. There is nothing that will ever come close to the power of this thing.''