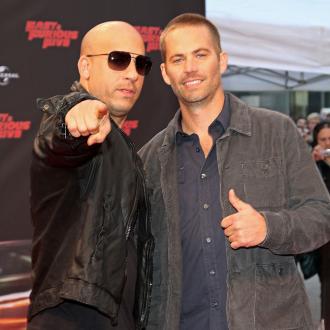 While the 48-year-old actor admitted he just wanted to take time off to grieve privately after Paul passed away in a car accident in 2013, he now thinks it is a blessing that he can tell everyone how special his 'Fast and Furious' co-star was.

''He's really the best of us, he was that selfless and he was such an important figure in my life.''

Vin also revealed that he named his third child Pauline, because Paul gave him some great advice when his partner Paloma Jiménez was expecting their first baby.

Speaking on the 'Jonathan Ross Show', Vin recalled: ''I can remember just like yesterday he said that to me, ''A lot of tough guys will tell you to wait in the hallway, don't go in the delivery room,''

''[He said] ''But Vin, go into that delivery room, be present and cut that umbilical cord and it will be the best day of your life.'''

''And so I did that and it was the best day of my life and so six months ago when I was blessed to be in that same situation, I couldn't help but to remember Paul and his advice.

''As I'm cutting the umbilical cord, I'm thinking to myself it's all because Paul Walker told me to go into the delivery room and so once it came time to sign the name, I started writing 'Paul' and then just added I-N-E.''