Breaking Bad Creator Vince Gilligan Is Developing A Reimagining Of The Jack And The Beanstalk Fairytale For A New Disney Movie. 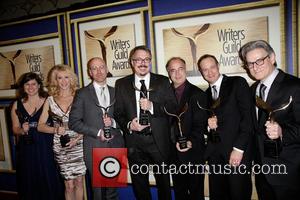 Studio bosses were so enchanted by the TV writer/producer's detailed proposal for the film, they picked up the project and now Gilligan has hired his Breaking Bad and Better Call Saul collaborator Thomas Schnauz to pen the script.

Gilligan will co-produce, but he has yet to decide whether to make the movie his big screen directorial debut, reports Deadline.com.

The story, about a poor boy who acquires magic beans and plants what becomes a giant beanstalk, was last adapted for Hollywood in 2013, when Bryan Singer took charge of Jack The Giant Slayer. The film, which was considered a flop at the global box office, starred Nicholas Hoult as the titular character.