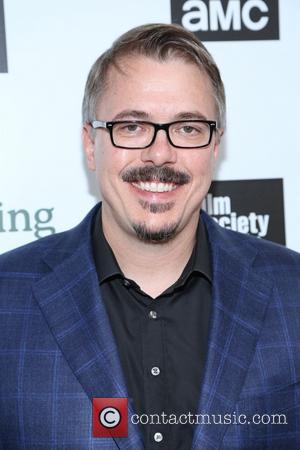 Breaking Bad is over. This is a sad fact that many of us have finally been able to get over since the near-perfect finale was aired earlier this month. But as we already know, show creator Vince Gilligan is already working on a spin-off series centred on everyone's favourite crooked lawyer Saul Goodman. In a recent interview, Gilligan had even more good news to share; that the show may feature Breaking Bad's main stars Bryan Cranston and Aaron Paul.

Speaking with The Hollywood Reporter, Gilligan revealed that the show is still in it's infancy, with the plot for the show still being determined. But the crew behind the spin-off series are making leaps towards bringing the show into fruition and Gilligan admitted that the writers are beginning to put together a show that will be much lighter than Breaking Bad, but will still contain a number of dramatic elements, as the team behind the spin-off attempt to find the safe medium between comedy and drama for the show.

"We're both one-hour drama guys," Gilligan said of himself and series co-creator Peter Gould, who created Bob Odenkirk's character during the second season of BB. "So we figured, 'Why not shoot Saul in the same way?' Let's shoot it in Albuquerque, let's get as much of the crew back together as possible, and let's do it the way we did it before so that it will be of a piece with that pre-existing fictional universe that we had so much fun creating."

Of course, having already worked on the unsuccessful X Files spin-off The Lone Gunman, Gilligan knows the inherent dangers of creating a spin off series, however he remains quietly confident that ith his team behind him the show can be an exception to the rule that spin-off series usually aren't any good. He said, "There's obviously a danger inherent in doing a spinoff, but I just love the character of Saul Goodman so much, and part of me doesn't want to say no to this world."

As for Cranston and Paul, their participation in the show had been in doubt given that the show is intended to be a prequel to the events that happen in Breaking Bad. However, both actors have expressed their desire to appear in the series and Gilligan discussed their potential involvement in the interview, saying that he fully intends on having the pair show up at some point in the series. He happily admitted, "Personally, I'd have a hard time resisting putting all these guys in for a cameo or two every now and then."

Although he is currently working on a crime series for CBS called Battle Creek with David Shore, Gilligan went on to say that he envisions himself being a full-time member of the spin-off's writing team, and will keep it as his sole priority for at least the first season. He is already slated to direct the pilot episode and said he wants to be a permanent fixture in the Better Call Saul writing room while the show finds it's feet. Only until that point is reached will he look to move on and start another series from scratch.

Will the spin-off be a Fraiser or a Joey?