The movie is the third comedy being released by Vaughn this year, with Chris Pratt and Cobie Smulders also staring. 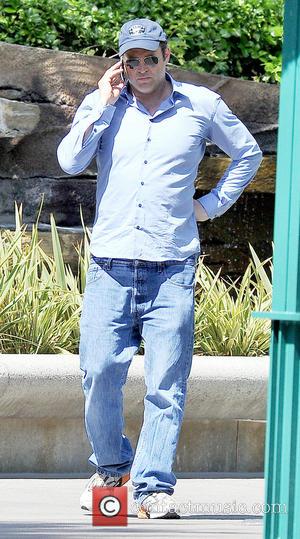 The Delivery Man is the new comedy from writer/director Ken Scott (Starbuck) and what looks to be one of the outsider bets for the year's best comedy blockbuster. With Vince Vaughn as the titular deliverer, the film also has nods to TV comedy faithfuls Cobie Smulders (How I Met Your Mother) and Chris Pratt (Parks and Recreation) and looks as though it could deliver for cinema-goers after a good laugh.

Vaughn stars as a loveable slacker who finds out that he has fathered over 500 children thanks to an anonymous donation he made to a sperm bank two decades ago. When the families discover only one sperm donor was used for so many people a lawsuit is brought against the sperm-bank demanding that they reveal the father of their children, leaving Vaughn's character in a delicate situation where he must decide to either come forward of keep his head down, a decision not helped by the less-than-helpful tips from his best friend (Pratt).

The film is Vaughn's third comedy of the year, with the actor teaming up with long-time collaborator and friend Owen Wilson for The Internship this summer, whilst he will also be reprising his role as Wes Mantooth in the long-awaited Anchorman 2: The Legend Continues later this year. With Smulders' career on the rise thanks largely to the Avengers movie, Pratt is also experiencing a well-deserved boost in movie exposure, appearing in Spike Jonze's latest project, Her, The Lego Movie and the upcoming Marvel spectacle Guardians of the Galaxy in the coming months. Vaughn is also working behind the camera on The Internship

The Delivery Man is expected to reach cinemas by 22 November in the United States, arriving about a month earlier in most parts of Europe (including the United Kingdom) and elsewhere across the globe. Check out the trailer below. Prat's career is on the up