Is Wilson and Vaughn's 'The Internship' Just A Big Wet Kiss To Google?

Is 'The Internship' a missed opportunity for Vince Vaughn and Owen Wilson? 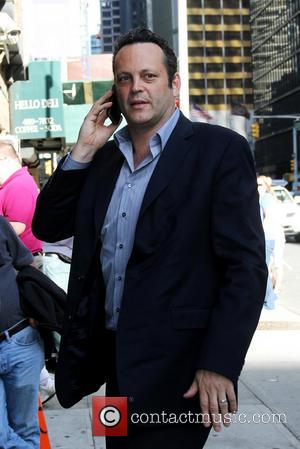 This should have worked. This really should have worked. The Internship - the new offering from Vince Vaughn and Owen Wilson - is a buddy comedy about salesmen Billy and Nick whose careers are torpedoed by the digital world. In attempt to prove their worth in the contemporary world, the guys land internships at Google, along with a group of precocious students and have to compete among the nation's most elite tech savvy employees. Sounds...sort of great, doesn't it? Well it's not, apparently.

There was always the danger that this thing could turn into a love letter to one of the world's biggest corporations - which it really doesn't need - and it doesn't appear that Wilson and Vaughn have steered completely clear of that potential hazard. "The Internship is a big wet kiss to Google wrapped in a buddy comedy that asks us to believe that nobody over 40 knows anything about computers or the online universe," said Linda Barnard of the Toronto Star. Time Out New York called it, "A movie sorely bereft of ideas, laughs and justification for the comic duo's undifferentiating self-regard," though the Washington Post made it clear that, although the movie doesn't quite work, it's not through lack of trying from Vaughn and Wilson. The newspaper's critic Jen Chaney wrote, "The fact that this overlong, often preposterous comedy succeeds at all (which it does, only occasionally) proves that the Vaughn/Wilson charm can still work a measure of magic."

Nevertheless, The Internship should perform reasonably well at the box-office this week (perhaps in the $15 million range), though audiences will have to forgive Vince Vaughn's two consecutive under-performing efforts (The Dilemma, The Watch) and put faith in his reteaming with Wilson. Vince Vaughn At The Internship Premiere In Westwood Hey, It's Owen Wilson At The Internship Premiere!