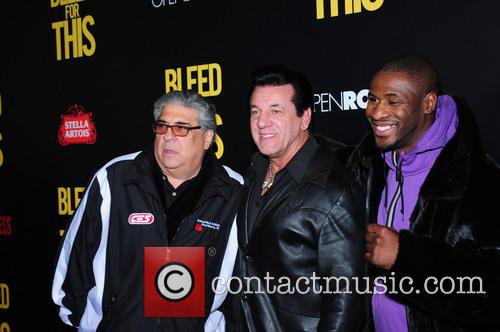 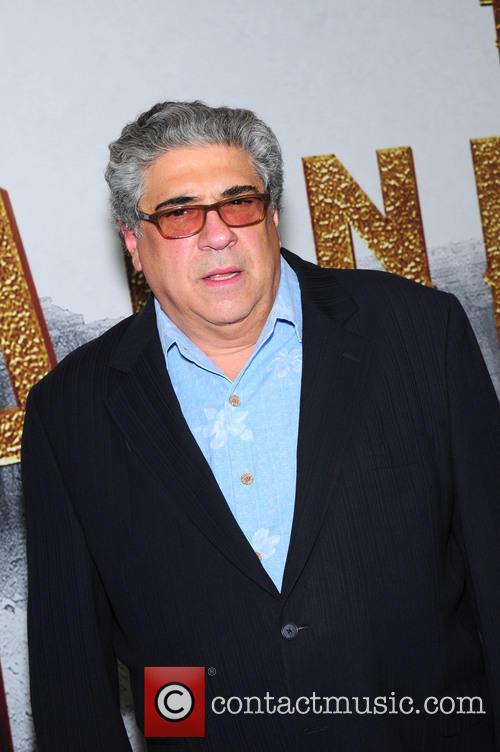 'The Sopranos' star Vincent Pastore is seen talking to a friend while standing by a 'Bullets Over Broadway' musical billboard in New York City. On seeing the photographers, he points to the poster and his friend reveals, 'This is the show he's in!'

Continue: Video - Vincent Pastore Talks About Starring In The 'Bullets Over Broadway' Musical In Spring 2014

Zach Braff To Star In Woody Allen's 'Bullets Over Broadway'

Zach Braff has been in cast in Woody Allen's 'Bullets Over Broadway'. The play, opening later this year, will be the first time the actor has appeared on Broadway.

Zach Braff has been cast in a Broadway adaptation of Woody Allen's Bullets Over Broadway. Set in the 1920's, an apparently fashionable time if popular culture's current obsession with The Great Gatsby and the most recent series of Downton Abbey is anything to go by, the plot centres around a struggling playwright's dealing with the mob. Zach Braff at the premiere of Ice Man.

The 1994 film of Bullets Over Broadway saw struggling playwright David (played by John Cusack) forced to choose a talentless actress to star in his play. The actress is the girlfriend of a mobster who has offered, in exchange for her opportunity to tread the boards, to finance David's play.

American actor Vincent Pastore (The Sopranos; Goodfellas; Revolver) meets and greets fans at the Seminole Casino Coconut Creek in Florida. He sensationally kisses a fan repeatedly and announces that she looks like his ex-wife, Nancy Berke. He then signs a few pictures for her.

Vince is well known for portraying 'mobsters' and is well known to fans of The Sopranos for his regular role as Salvatore 'Big Pussy' Bonpensiero. Even though his character died in the second season of the show, he would regularly appear in dream sequences or flashbacks

Actor Vincent Pastore (The Sopranos; Goodfellas; Revolver) meets and greets fans at the Seminole Casino Coconut Creek in Florida. He chats to them over a drink as he signs pictures. He even offers a picture op with the fans.

Vincent is well known to fans of The Sopranos for his regular role as Salvatore 'Big Pussy' Bonpensiero. Although his character was killed off in the second season, he would regularly appear in dream sequences or flashbacks. As an actor, Vince is well known for portraying 'mobsters' 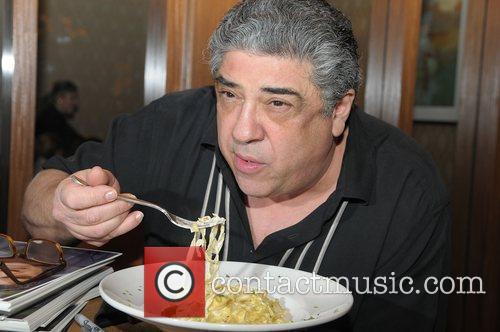