'The Sopranos' star Vincent Pastore is seen talking to a friend while standing by a 'Bullets Over Broadway' musical billboard in New York City. On seeing the photographers, he points to the poster and his friend reveals, 'This is the show he's in!'

Paparazzi ask when it is due to open and Vincent replies that previews aren't until March 2014. 'It takes a while to get going!' He says. The show, based on Woody Allen's 1994 comedy movie of the same name, will also star Zach Braff in his Broadway debut. 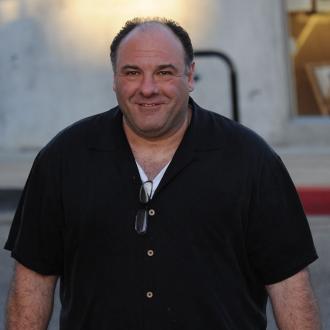 James Gandolfini was up for Sopranos movie