Edward Scissorhands is no ordinary boy, as his name may tell. Created by a genius inventor who passed away before his subject was completed, he seems doomed to a life of solitude in a dilapidated castle. That is until the local Avon lady named Peg Boggs calls round and willingly takes the poor boy under her wing. Integrating him into civilised society isn't easy, however. While many neighbours are deeply accepting and impressed by his ability to cut hair and trim hedges, others see him as a danger with his bladed fingers that could easily cause some damage. Peg's daughter Kim is a little uneasy, despite how immediately taken Edward is of her, and her friends recognise this weakness and aim to exploit it to their advantage. Predictably, Edward's mistakes get him into a lot of trouble and he soon finds that the novelty of his presence is wearing thin.

Treasury of Great Recipes by Mary and Vincent Price Vincent Price Spaghetti Alla Bolognese (Spaghetti with Meat Sauce) - . . . .Did they eat it? Of course. You'll eat anything if you're 'fame-ished'! - Monday 29th July 2013 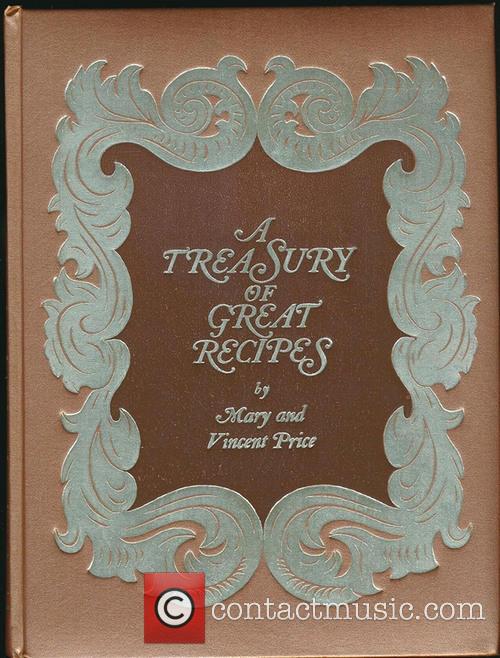 Richard Matheson, Author Of 'I Am Legend', Dies

Richard Matheson, author of 'I Am Legend', died aged 87 on Sunday (23rd June 2013). Reports suggest he was at his home in L.A. but no other information has been provided.

Richard Matheson has led a long and interesting life. Born in Brooklyn he started his writing career when some of his short stories were published in 1950. The author's subsequent career, spanning 60 years, including writing scripts for The Twilight Zone, Family Guy, Ghost Story and Jaws 3-D. His most famous work is I Am Legend, a post-apocalyptic horror which follows one man's life pitted against vampires whilst he is isolated in deserted Los Angeles.

I Am Legend has been adapted three times since its publication in 1954. The first starring Vincent Price, the second Charlton Heston and in 2011 Will Smith took on the role. The novel has been critically acclaimed and continues to challenge vampire novelists in developing an idea as original as Matheson's.

Director Steven Spielberg paid tribute to the late author saying in a statement "Richard Matheson's ironic and iconic imagination created seminal science-fiction stories and gave me my first break when he wrote the short story and screenplay for Duel."

Continue reading: Richard Matheson, Author Of 'I Am Legend', Dies

Leave Her To Heaven Review

By Paul Brenner
Extraordinary
The second half of a double feature shown at The New York Film Festival with Drums Along the Mohawk, and introduced by Martin Scorsese under the auspices of Scorsese's The Film Foundation as a restored three-strip Technicolor masterwork, Leave Her to Heaven, was clearly a film that Scorsese holds close to his heart. Scorsese could be seen at the screening in his seat, his head cradled in his hand, absorbing a climactic courtroom scene with vindictive prosecutor Russell Quinton (Vincent Price), as if seeing the damned thing for the first time, when you know the guy must have seen the film dozens of times already. It certainly holds a peculiar place in Scorsese's personal life. He related at the screening how he first encountered the film in the middle of the night in a big house in Hollywood. Awakening by a dreadful asthmatic attack, he switched on a colossal Zenith TV, and saw an otherworldly close-up of Gene Tierney on the set that hovered over the Los Angeles landscape through the window of his room. He proceeded to watch the rest of the film "through long gasps of breath."

Leave Her to Heaven stakes out its territory in the form of a flashback, as novelist Richard Harland (Cornel Wilde) returns to a small lakeside town that has now become tainted with the aftertaste of murder. Homespun lawyer Glen Robie (Ray Collins) relates the sorry tale of how things came to such a pass and the film-length flashback begins -- noir fatalism in the blinding daylight. We are taken back to the genesis of all this misery, the ravishing but deadly Ellen Berent (played to evil perfection by Gene Tierney, in an iconic film noir role), who meets Harland on a train and quickly latches onto the poor sap, and soon her berserk compulsion for him drags the innocent Harland and his loved ones down into the dark waters of tormented possessiveness.

By Christopher Null
Excellent
It takes something special for a motion picture to enter the Biblical canon. But ask any Christian what happened to Moses before age 30, and they'll likely relate to you the plotline of Cecil B. DeMille's The Ten Commandments.

Surprise! As DeMille himself tells us in a (somewhat silly) opening narration -- where he comes out from behind a curtain and addresses the audience -- the Bible skips Moses' formative years altogether. One minute, as a baby he's fished out of the Nile by Pharoah's daughter, the next he's banished to the desert for killing an Egyptian who is beating a Hebrew man. There's certainly no talk of Moses' rise to power under Pharoah -- which comprises the first two hours of this nearly four-hour film. In DeMille's rendition (based, he says, on the works of ancient scholars), Moses (Charleton Heston, in the role that would define his career) toils under Pharoah (Cedric Hardwicke) as his adopted grandson, working hard building a treasure city for his glory. His rival is Pharoah's son Rameses (Yul Brynner), who isn't only also up for the future job of Pharoah, he's also competing for the hand of Nefretiri (All About Eve's title character Anne Baxter).